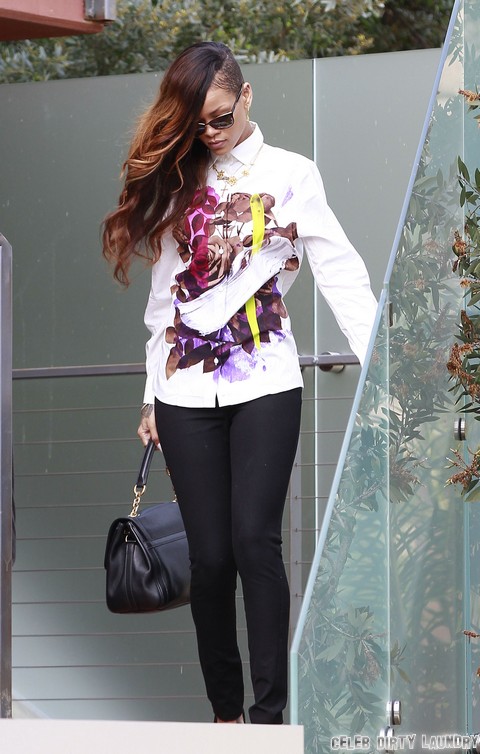 Can Selena Gomez or Justin Bieber just dedicate an afternoon to tweeting out the whole story behind their split? These fragmented reports are super confusing—even more so because most seem totally plausible. The young love birds called it quits last year (and possibly reunited in LA last week) after Justin enjoyed a few very public rendezvous with model Barbara Palvin. But a new source claims that the straw that broke Selena’s back was Justin’s affair with singer Rihanna!

“It was devastating for” Selena, the source told Life & Style, print edition February 18, 2013. So when did the two connect? The insider says that Selena was devastated “because it happened in February of 2011, when Selena and Justin had been dating for months and were falling in love.” Hearing about the affair “cut like a knife,” and Selena couldn’t overlook the indiscretion and years of lying—especially since she found out that Justin and Rihanna have been “hooking up all along,” meeting in LA or “in a room at the Four Seasons.” Classy, kids!

Let’s pause for a minute. If this is true, we should be awarding Justin and Rihanna with the award for best kept secret! It seems sketchy that we’re just hearing about it now, but it could all be part of Justin’s plan to establish a bad-boy image! Think about it! Rihanna is like, sex kitten of the USA, so who better for Justin to sleep with to escape his teen heartthrob image?

I feel like everything we hear about Justin from here out will be rooted in truth, with a bit of flare and dazzle thrown in. Whatever the whole truth is, we can agree on one thing: Selena needs to run and never look back. Notice that Justin hasn’t apologized for any of his confirmed scandals—the boy is going downhill, and fast! Best to watch him self-destruct from a distance, preferably with popcorn in hand! Do you think Justin and Rihanna hooked up?