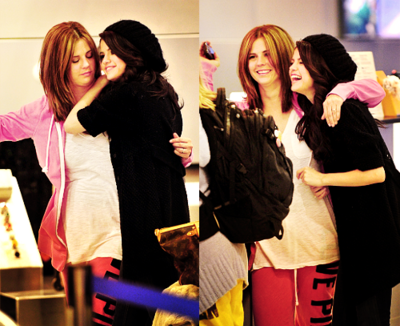 According to reporst, several well-wishers were spotted visiting the hospital where Mandy gave birth, and some were spotted carrying balloons with ‘New Little Princess’.

Selena’s BFF Demi Lovato tweeted and confirmed the news, saying, “@selenagomez IS A BIG SISTER!!!!!! Everyone congratulate her and her family!!!!!! #CONGRATSSELENA!!!!” She also added: “#CONGRATSSELENAMANDYANDBRIAN!!!!!!”

Selena and her mother have always been very close, and Selena’s spoken about her excitement of having another sibling. Everything seems to have gone well, and there doesn’t seem to have been any complications in the birth.

What do you guys think about Selena finally having a little sister? Despite any flaws she may have, her relationship with her mother and the way she’s been raised have always seemed to keep Selena pretty grounded, and as we can attest from the downfall of other former Disney celebrities, it’s a difficult job to keep those child stars grounded. If Selena’s sister were to ever follow her into showbiz, she’ll have a strong family unit to keep her grounded.

Let us know what you think of Mandy and Selena’s good news in the comments!