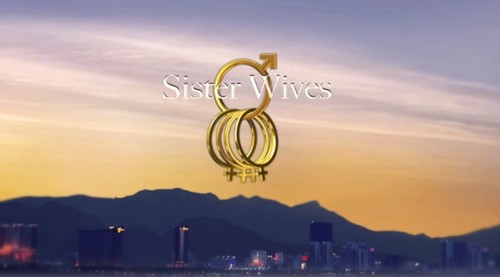 Tonight on TLC the Brown Family returns with a new episode of SISTER WIVES called, “Four Lives of Kody’s Wives.”  On tonight’s show Meri works hard to repair her relationship with Mariah and Christine rethinks her career.  Did you watch last week’s premiere episode?  We did and we recapped it here for you.

On last week’s premiere episode the Browns made strides in reuniting the family by doing the first walk-throughs of each of their four adjacent homes. Meanwhile, the family business continued to struggle, creating tension among the wives. And Robyn asked Meri about her surrogacy offer.

On tonight’s show since leaving Utah, the wives have now settled into four separate lives. Janelle continues her weight-loss battle. Robyn fights to keep the family business afloat. Meri works hard to repair her relationship with Mariah and Christine rethinks her career.

We will be covering Sister Wives Season 4 Episode 2 tonight at 9 PM EST so don’t forget to come back to this site for our full and detailed recap.  Make sure to refresh often to get the most recent details.  While you wait for the recap, let us know how excited you are about the new season of Sister Wives!

The wives have been living separate lives up to now and tonight these separate worlds get to be explored.

Janelle has been trying to lose weight and has been going to the gym recently. There has been high and low moments from that but because she has been feeling so disconnected from the other wives she’s probably hasn’t been filling them in.
The “Sister Wives Closet” didn’t do well at the trade show. Its Janelle that has to crunch the numbers and she still sees the business as a hobby business. Christine feels the same. Their newest venture isn’t bringing the money they had hoped for and you could see it in the two women’s faces that despite Robyn’s pleas, these two aren’t willing to devote their time to something that can’t help them pay their mortgages.

Then there are the children. Janelle has been having problems with her boys. They’ve begun to act out and without Kody there the boys have become even wilder. Kody does fix the situation yet he admits he doesn’t being the bad guy especially when he only gets about four days with them here and there.

Christine has recently qualified for her real estate license. She and Janelle are ready to get to work when they speak to their own real estate agent and get nothing but bad news. For one the real estate agent went six weeks without a day off. Something that sets the ladies back seeing as they both have the largest families. On to the next problem. Their houses and only their houses may not be ready by Christmas. There was a problem of the women going onto the site and making changes. Last problem is the fact that Meri, Robyn, and Kody haven’t put in their loan papers for the houses.
Janelle is upset although she’s willing to be reasonable and then there’s Christine who is already backing away from real estate while be mad about their house situation.

After a brief meeting and reprimand from their real estate agent the women are pushing for their houses when Janelle suddenly has a change of heart about the business. She was looking for modest workout clothes for herself when she realized she could be manufacturing it with the “hobby” business. She goes to Robyn and the two begin to strategize. No more Kody. It should be a women centered business and they bring in Christine by making her do the fun activities. With all the women coming on board this time maybe the business will do better.

Robyn also got to enjoy someone else’s company, Kody’s. Since the birth of their son the two haven’t really had time to simply be alone. So Kody took her rock climbing and they got to enjoy their break.

Merri has admitted to struggles with Kody when they first moved. However after reaching Las Vegas, the two have rebuilt their relationships. While the other wives saw the distance as almost detrimental, it helped repair Meri and Kody’s relationship.

How will that change once the family come together again?