Taylor Swift Eager to Change Her Image — She Wants to Look Like Miley Cyrus! 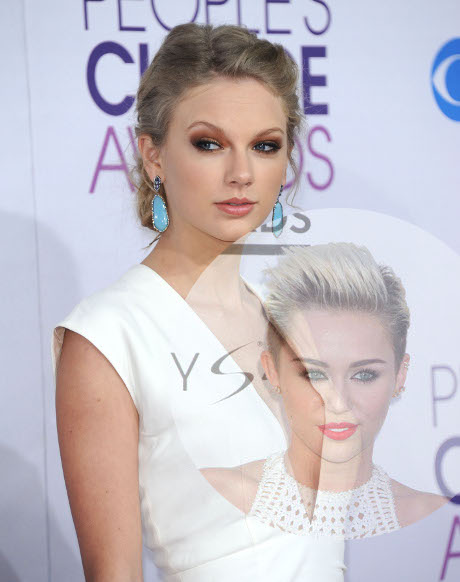 I think we’re all agreed on the fact that Taylor Swift needs a good image overhaul, and it looks like she thinks the same. According to a new report from Star Magazine, Taylor’s looking to emulate Miley Cyrus’s hair and style changes, and desperately wants to copy her ‘good girl gone bad’ image.

A source supposedly close to Swift tells Star, “Swift is in awe of Miley’s drastic style and hair change and she’s been studying Miley’s every move and even called her stylist about chopping her hair.”

Now, I have no doubt that Taylor’s aware of the backlash that she’s been getting in the past few months, but there’s also the fact that she still has MILLIONS of die-hard fans left. Who do you think is continuing to buy her albums?

Miley’s strategy was always to get away from her Disney image, and it’s almost a rite of passage that most Disney stars go through at some point. Luckily for Miley, she’s managed to cultivate a new set of fans while managing to keep most of her old fans, even while undergoing this drastic image transformation.

Now, Taylor Swift’s public image issues have always stemmed from her relationship problems. If she had just kept her mouth shut and gone about her business, it would have been fine. She’s a young girl who’s having some fun – who are we to judge? But then she had to go and spout her mouth off about her ex-boyfriends and then call out Amy Poehler and Tina Fey for making a joke about her. We all realized she didn’t have a sense of humor about herself, and it just soured everyone’s opinions of her.