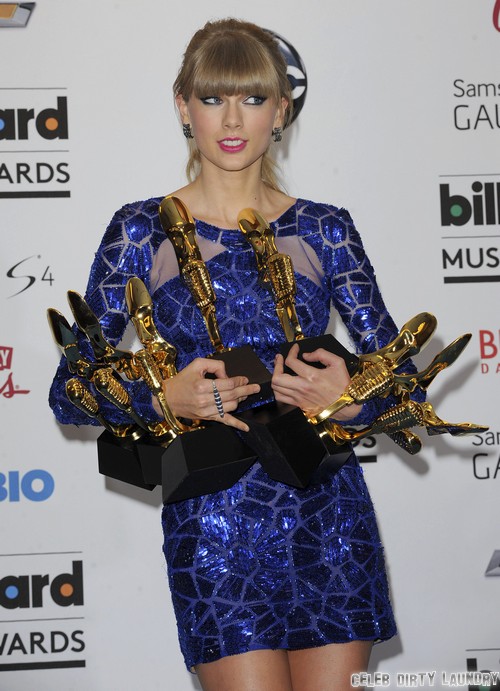 It’s been how long since Taylor Swift and Harry Styles broke up? Several months, at least. While Harry’s been handling it like a pro, already moving on to Kimberly Stewart and keeping his mouth shut about the whole affair, Taylor’s not been able to handle it as smoothly.

In the latest development of the never-ending Taylor Swift Gets Revenge On Harry Styles saga, Taylor has been trying her best to hook up with Ed Sheeran, according to reports. Now, there have been tons of reports of Taylor and Ed before, and it was always rumored that they were dating/hooking up/on the verge of dating, but it was always denied by both Ed and Taylor. Now, Ed is really good friends with Harry and so everyone assumed that it was the so-called friend code coming into play – you know, don’t date your friend’s ex-girlfriend and all that.

However, it’s now being reported that Taylor wants Ed to stay over at her Rhode Island mansion during their upcoming ‘Red’ tour.

The Sun reports, “Taylor’s promised that there will be a special bedroom allocated to him whenever he wants to come and stay.”

Well, Taylor could be trying to be a good friend. After all, they’ll be going on tour together, and there will be many late nights spent together. And if nothing else, Taylor’s always seemed to be a very loyal friend to those she cares about. But I don’t know, I can see her need to one-up Harry winning over whatever sense of loyalty she feels.

Plus, it’s pretty obvious that Taylor and Ed have plenty of chemistry, and I kind of doubt that nothing has happened between them. What do you guys think? Are we way off-base? Taylor Swift & Ed Sheeran dating — is it true? Let us know what you think in the comments.