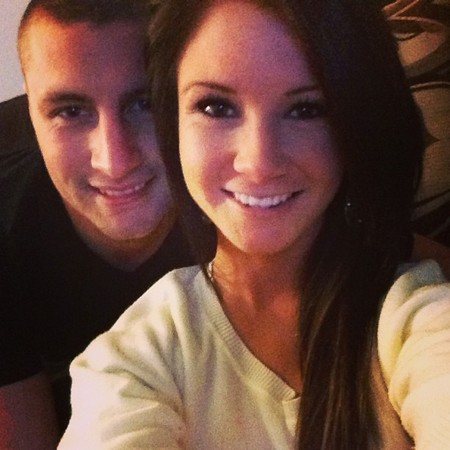 It looks like Dalis Connell is a little bit tired of switching and swapping men with Maci Bookout. I saw that because both Teen Mom stars have been linked to Ryan Edwards and Kyle King. Dalis dumped Ryan and was seen getting awfully cozy with Kyle at about the same time that Maci and Ryan were heating up.  A lot of Teen Mom fans took note of Dalis’ photos on Twitter and Instagram and were really pulling for a romance between her and Kyle but for now, it’s definitely not gonna happen.

It seems that the fitness freak is now inching closer to a guy named Brock Keener and if you follow Dalis on Twitter then you’ve seen that the tweets flying back and forth are getting a bit flirtier.  On January 20th Brock tweeted that his girlfriend is beautiful and included Dalis in the comment so that is pretty telling of their official status.

I’m going to hope that even if Dalis and Brock are a short term thing then she at least gets off of the boyfriend swapping cycle that she had going for a minute there. Supposedly Kyle helped her to get over her split with Ryan. I’m not sure if that’s code for rebound or what but staying stuck in the mix with that same crew wasn’t really going to help her anyway. Switching boyfriends, rebounding to get even and then going back to the original guy is something that just has Jenelle Evans written all over it!

Dalis came off pretty nasty on Teen Mom but she supposedly is pretty nice, her attitude had a lot to do with the situation. If she’s lucky she’ll fade from the spotlight and put together a decent life. The girls from Teen Mom that continually stay in the public eye have as a whole, not ended up doing so great! Who should dalis choose? Tell us your thoughts in the comments below!