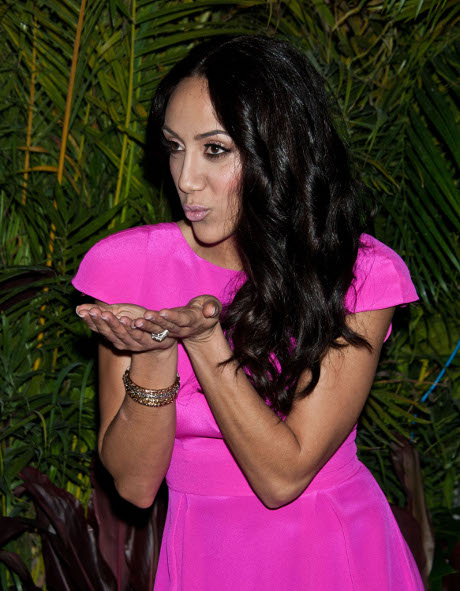 Nail down the tables and pass the homemade vino! Teresa Giudice is coming back to our televisions with the Real Housewives of New Jersey season 5. Bravo’s hit reality show was very explosive in season 4, but season 5 will be the most volatile season yet. According to gather.com Teresa is tired of crap from her family and will not take it anymore. Family means everything to Teresa but she also knows she doesn’t have to sit there and let them attack her.

Teresa has been warring with the other cast members for the last 2 seasons. Most of her fights have been with her brother Joe Gorga and his wife the untalented singer/performer, I want to look like J-Lo, I am delusional, Melissa Gorga. The fighting between the women started when Joe and Melissa got married. I’ve read that Teresa is jealous of Melissa. If this is true it would explain she will always have a reason to fight with her sister in law. If Teresa was jealous of Melissa it would be because Melissa is now her brother’s world and not her.  Joe was always caught in the middle of the screaming matches. Because of the constant fighting and accusations Joe pulled away from his only sister, whom he used to be extremely close.

The fighting with the other women, butinsky mother hen Caroline Manzo and the perpetual victim Jaqueline Laurita, started when Teresa’s family members joined the show. Caroline and Jaqueline left team Teresa when they started to get close with Melissa and Kathy Wakile. They refused to war with Melissa and Kathy, much to Teresa’s chagrin. Caroline and Jaqueline claim they now see Teresa for who she really is. The intensity of the fighting between Teresa and the other women was so bad that it caused a small earthquake. There were attacks on Teresa’s character and accusations that she lied to everyone about the actual state her money situation. Teresa and Melissa brought up their past hurts constantly. Sometimes they argued over small things that were taken the wrong way. An example would be Teresa reading too much into how Melissa signed a card.

Regardless of who was fighting with whom over who knows what Teresa was mostly on her own against 4 other women. She always stood her ground and proved her point when she shot back.  But even a very strong woman like Teresa needs support. I can’t wait to see what Teresa and her team will use as their arsenal. Teresa is not innocent when it comes to causing the epic fighting of the last 2 seasons. On the other hand she did not deserve the crucifixion she received.