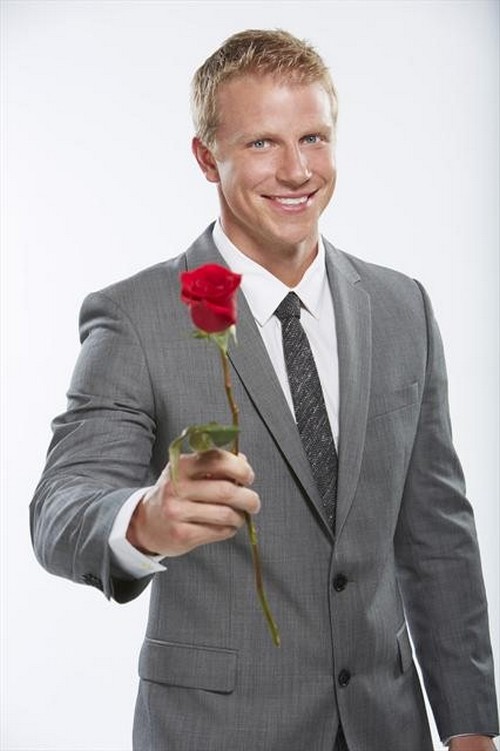 THE BACHELOR Sean Lowe returns to ABC tonight with a whole new episode.  On tonight’s show as Sean’s search for his soul mate draws to a close, he sweeps the final three Bachelorettes away for Fantasy Overnight Dates in exotic Thailand. Did you watch last week’s episode? We did and we recapped it for you HERE.

On last week’s show Sean joined Chris Harrison on a revealing one-hour special, sitting down to discuss the most recent woman who left brokenhearted after the hometown dates. Viewers also heard the Bachelor’s thoughts about some of the most unforgettable women that he sent home in tears, as well as about this season’s most controversial bachelorette, Tierra.  The remaining 3 women competing for Sean’s heart are: AshLee, 32, personal organizer, Houston, TX;Catherine, 26, graphic designer, Seattle, WA and Lindsay, 24, substitute teacher, Fort Leonard Wood, MO.

On tonight’s show Romantic adventures await Sean and the final three women – AshLee, Catherine and Lindsay – as they travel to spectacular Si Kao, Thailand. From an authentic Thai market with unusual foods to a secluded beach surrounded by a rain forest to a sexy afternoon boat ride on Thailand’s sparkling waters, the dates are filled with passion and excitement as Sean continues to explore what his future would be like with each of these potential mates.

At the end of the evening Sean will present each bachelorette with an invitation to spend an intimate night together in a “fantasy suite,” with the hope that she will accept. But will she? This week finishes with Sean making his most painful decision yet and leaving one devastated and inconsolable bachelorette not talking to him at all.

Sean’s quest for love is drawing to a close, but the question isn’t only whom he will choose, but whether she’ll accept.

Sean and his chosen three girls are in Si Kao, Thailand for the overnight dates.  Sean is expressing how much he cares for Catherine and how much fun he has with her.  He can see himself marrying her and spending his life with her.  Then there is AshLee.  She is the total package for him and he can see the two of them living in Dallas in a small house with kids.  He has fun with her, is comfortable with her, and has great chemistry with her.  Of course there is also Lindsay.  Even though Sean though she was completely insane for showing up in a wedding dress on the first day he has come to learn that she is so much more.  He feels like she is the type of person to never have a bad day and the more time he spends with her the more he can feel that he is falling in love with her.

The first girl he will be spending his time with is Lindsay.  Though she lived the military life and moved around a lot she had never been Asia.  Sean wants to see her adventurous side so he takes her to a local market.  Lindsay has said that she would try again once, but she would never eat bugs.  So what does he take her to eat…bugs?  She eats it and it looks like she is really grossed out, but she doesn’t spit it out.  She says she tries it because she sees how brave Sean is being.

Their next stop is Monkey Beach.  Sean is starting to feel like he is with his high school sweetheart.  He tells her that she is the best friend that he has been looking for.  They start to venture off as the sun goes down and they feed grapes to several monkeys.  Lindsay is having fun but is torn about whether she should tell Sean that she is in love with him or not.  She loves him, but she doesn’t want to get hurt.

For the couple’s dinner date they will be seated in the center of three traditional Thai floats that are lit up with candles made out of petals surrounding them.  Sean has asked himself several times if he could see himself marrying Lindsay and his answer has been yes every time.  He asks her if she is open to moving to Dallas if they get engaged and she is open to anything.  He thinks it would be fun to be engaged and pick out a house with her.  As Lindsay is trying to find the courage to tell Sean that she loves him music start playing and dancers arrive.  Lindsay does not want to miss her opportunity.  When the dancers leave Sean and Lindsay open an envelope.  The note insides states that if they wish to forgo their individual rooms they could use the key inside and stay in the fantasy suite together.  Lindsay tells him that she would love to spend the night with him.  As they make it to the room she uses that moment to tell him that she loves him.  Sean seems ecstatic and kisses her.  His response is that he loves that she opened up to him and told him how she feels.  The pair start to retreat from the patio into the room and Lindsay tells Thailand “good night.”

It’s AshLee’s turn to spend time with Sean.  They take a boat ride to Emerald Cave.  Sean is hoping she will let go of control and trust him to get her through safely.  She is having a hard time getting past her fear of abandonment from childhood, but she goes anyway.  Now that they are in the water making their way through she feels incredibly vulnerable and is terrified.  They finally make it through and they end up in a private beach in the middle of these huge rock formations.  Sean is glad that she let go and let him lead.

During dinner time AshLee is excited to be spending this time with Sean.  She knows that morally spending the night with Sean would be wrong if he is also spending the night with the other girls.  Before she makes her decision, Sean tells her his intentions are to spend time with her and he is not looking to cross any boundaries.  Just as it seems as though AshLee is going to say no, she says that she will spend the night with him in the fantasy suite.  While they are in the suite she starts to get more and more comfortable and tells Sean exactly what she wants her ring to look like.  He looks a little uncomfortable but tells her that he is glad she knows what she wants.

When it comes time to decide if she wants to spend the night with him in the fantasy suite she hesitates for a micro second and says yes.  The talk for a little and swim in their private pool.  They seem to enjoy each others’ company, but they don’t seem as passionate as he did with the other two girls.

The next morning Sean wakes up and knew exactly who he has to send home.  He has really strong feelings for her, but their relationship isn’t as strong as his other two relationships.  He knows that it’s going to be tough and that it’s going to hurt, but he knows what has to be done.  He tells Chris that it is killing him what he has to do and she is one of the sweetest people he’s ever met.  Chris leaves Sean to look at private video messages from the three girls.  He looks at the girls’ pictures and is nervous that it is getting closer to decision time.

The first video message is from Lindsay.  She wants him to know that Montana was the best first date she’s ever had.  She enjoyed his visit with her family and feels like he fit right in.  She met him in a wedding dress and she hopes to be wearing one again for him soon.

Catherine’s message is next.  She is very happy with how far they have come.  She feels like they fell in love with each other in Thailand and she is ready to spend the rest of her life with him.

AshLee’s message is last.  She wants him to know how much she loves him and how he has changed who she is.  He has broken down the walls that she has had up for years.  She feels like they fit and they were made for each other.  She is very emotional, but all in all she gets her message across.

While watching all three video messages Sean appears to be holding in his feelings.  He really looks like he is trying not to cry.  Meanwhile, the girls are showing up one by one for the rose ceremony.

Sean is telling the girls that this week is important and difficult for him because this is the week that Emily sent him home.  He wants the girls to know that he cares for all of them deeply and this decision was very hard.

The first girl to get a rose is Lindsay.  She exhales and is grateful.  Sean is having an incredibly hard time with the final rose.  The final rose goes to Catherine.  When the camera shows AshLee she is visibly pissed off.  She gives Sean the death stare while he looks like he is going to cry at any second.  He tries to walk her out but she blows him off.  He asks if he can at least explain himself so that she could have closure.  He tells her that he thought she was the one from the beginning but in the end it just didn’t click.  She doesn’t say a word and gets in the waiting vehicle.  She leaves angry and in tears.