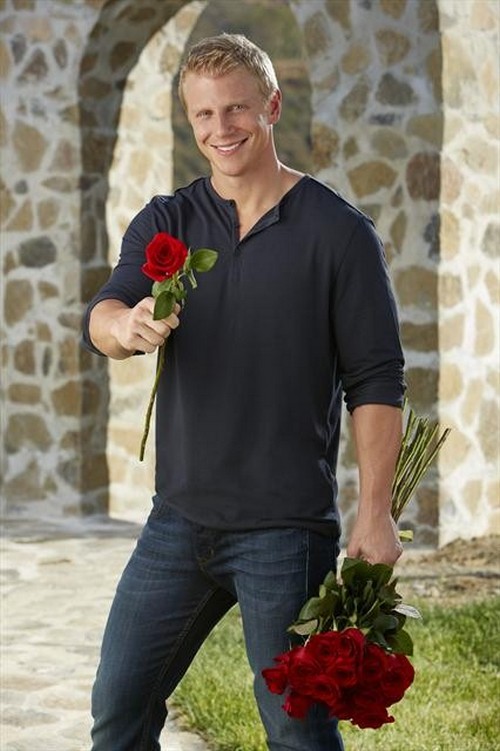 THE BACHELOR Sean Lowe returns to ABC tonight with a special episode called, “The Bachelor Sean Lowe Tells All.” On tonight’s show Sean Lowe reveals his side of the story midway through his search to find love – discussing the women, the drama and the tears. Did you watch last week’s episode? We did and we recapped it for you HERE.

On last week’s show back in the U.S. after a whirlwind trip from Los Angeles to Montana to Canada to St. Croix, the stakes were high as Sean crisscrosses the country on an exciting, emotionally charged journey to visit the final four women’s hometowns.  By the end of the evening Desiree, 26 made a heartbreaking exit. Although he needed to make a painful decision, Sean and the final three women toasted to heading to their next exotic and romantic destination: Thailand.   The three remaining women are: AshLee, 32, personal organizer, Houston, TX;Catherine, 26, graphic designer, Seattle, WA and Lindsay, 24, substitute teacher, Fort Leonard Wood, MO

On tonight’s show Sean joins Chris Harrison on a revealing new one-hour special, sitting down to discuss the most recent woman who left brokenhearted after the hometown dates. Viewers will also hear the Bachelor’s thoughts about some of the most unforgettable women that he sent home in tears, as well as about this season’s most controversial bachelorette, Tierra. Never-before-seen footage and a sneak peek at the rest of Sean’s journey will also be featured, as he discusses his feelings about the final three women who will fight to the finish for his heart and the final rose, on the special “The Bachelor: Sean Tells All.

We will be live blogging “The Bachelor: Sean Tells All” and you just know there is going to be tons of drama, cat fights and tears.  So come back tonight at 8PM for our live recap of  tonight’s special episode.  While you wait for the recap, hit the comments and let us know if you are enjoying this season of The Bachelor?

Sean is going over his decision from last night.  At this moment he feels like he made the right decision.  He wants time away from the cameras with the girls so that they can tell him more about themselves comfortably.

While discussing his decision to not choose Des, Sean replays the confrontation with her brother and admits that it took everything in him to control his temper.  He tells everyone that her brother was actually the first family member he spoke to that evening and somehow things turned out bad.  He also admits that Des’ brother was a factor in his decision.

Sean is discussing Sarah.  He really liked her and the fact that she was born with one arm was never an issue for him.  He really liked her and appreciated the fact that she did not want to be seen as disabled.  Unfortunately, the chemistry just wasn’t there for these two and when Sarah kissed Sean at the cocktail party after showing him her childhood photos, he knew he would be sending her home.

Sean talks about Selma.  She was Iraqi and had certain beliefs that prevented her from kissing Sean.  He respected the fact that she did not want to disrespect her family, but he really wanted to kiss her.  She finally relented, but it was too little too late and the day she finally kissed him is the day he sent her home.

Sean’s time with Leslie seemed like fun to viewers.  Unfortunately she was too scared to show her true feelings and the two were starting to have more awkward moments than fun ones.  Sean knew she wasn’t the one for him and he sent her home.

Now we’re getting down to the drama.  Sean is now discussing Tierra.  His take is that she should have never been on the show.  Had Sean known about all the drama that was going on between the girls and what Tierra was like he would have sent her home sooner.  He even admits that he would have picked Jackie instead of Tierra during the two on one date.  Chris Harrison starts to explain some things that went on with Tierra and the girls.  The argument in Montana that we got to see was only a glimpse.  Apparently it wasn’t just a couple of minutes, but actually hours and it traveled from room to room.  Chris explains to Sean that Tierra really was a cancer in the house.  All in all, everyone is glad that she is gone.

Chris reminds Sean about another Ashlee.  This is the girl who showed up on the first day and pulled out a gray neck tie from her boobs.  According to Sean she came on a little strong.  To make matters worse, she continued to tell the exact same story over and over again.  She continuously reminded him that her mom loves him.  He thought she was joking.

Going over a few other dates we get to see how much chemistry he has with Catherine and Lindsay.  When Chris tells Sean that the fans want to know what will be going on during the overnight dates in the suites Sean simply says, “It’s nobody’s business.”  Chris proclaims Sean a gentleman to the end.

We’ll see how things go in Thailand next week for the last three girls.