BY Dorothy Gale on February 17, 2013 | Comments: one comment
Related : Television, The Walking Dead 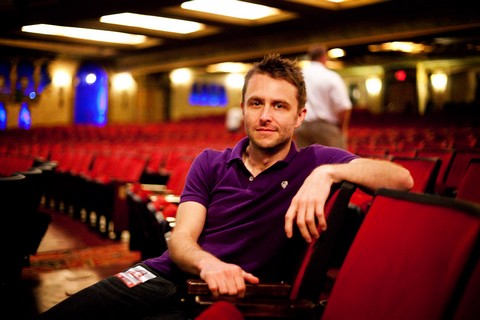 The Talking Dead is back tonight with a whole new episode and tonight’s special guests are none other than The Walking Dead creator, Robert Kirkman and Joe Manganiello who is better known for his roles as Flash Thompson in the original Spider-Man film series, although there are a lot of people that will remember Manganiello for his role as Alcide Herveaux on True Blood

Did you watch last week’s episode? Steven Young guest starred and gave us a peek into what the future holds for our new tough guy, Glenn.  Kevin Smith from Comic Book Men was also on the show and he revealed how he would like to die if he were a walker on The Walking Dead, you can read the full recap HERE.

On to tonight’s episode, which will again be a full hour long instead of being a thirty minute show paired with Comic Book Men, How did you like that change last week? I  personally prefer the full hour because it seamed before that just when the show was starting to heat up, it was over. Kirkman has recently teased that we are in for a bumpy ride in the second half of season three and should “buckle up”, will he get in to more of the details tonight? Will he throw us die hard Walking Dead fans a bone? I hope so and can’t wait to see how it all plays out. Don’t forget to come tune in to our live recap of The Talking Dead tonight for all the commentary recap, gossip and sneak peek video of the next episode entitled, “I Ain’t A Judas”  HERE.

Chris Hardwick is the host of the Talking Dead and it airs tonight, Sunday, February 17 at 10 PM ET on AMC.