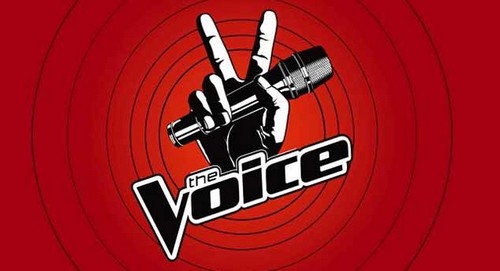 THE VOICE returns to NBC tonight as the Blind Auditions continue with part 5 and the auditions hit full stride. Last week was the forth & fifth night of auditions with a whole new group of promising singers where contestants sang in front of this season’s coaches Adam Levine, Blake Shelton, Shakira and Usher. Did you watch last week’s episode? We did and we recapped it here for you!

On last night’s show Carson and the coaches return for their second week of blind auditions. Newcomers Shakira and Usher have held their own against Blake and Adam. Tonight’s two-hour episode will be a chance to bolster their teams with a variety of artists.  A memorable performer from last week was 17-year old Savannah Berry, she sang, “Safe and Sound.”   The judges fought to get the young artist on their team, in the end she chose Blake Shelton as her coach.

On tonight’s show in the second to last blind audition round the coaches’ teams begin to fill up as they vie for the final artists who might win it all.  What do you think of the coaches’ new additions?

Tonight’s  The Voice “Season 4  Blind Auditions 5” is going to be an exciting one, which you won’t want to miss. So be sure to tune in for our live coverage of NBC’s The Voice – tonight at 8PM EST!   While you wait for our recap, hit the comments and let us know how excited you are for the new season of The Voice.

RECAP: Jeff Lewis is the first artist up tonight, he moved to LA to dance not sing and was actually signed to a label for two years, but everything kind of stopped. Jeff is singing You Got It Bad by Usher. Usher is the first person to turn his chair and Adam is the only one who didn’t. Usher tells Jeff that he would love to change his life, but as a coach he wouldn’t say it was easy. Jeff has a decision to make, he chooses to be on team Usher.

Shawna P was in a group called Mafia and had the opportunity to perform with a lot of great people, but was thrown off balance when the other members of the group made it and she didn’t. Shawna is singing She Talks To Angels. Adam and Shakira turn their chairs. Shakira was seduced by Shawna’s voice, so rock n’roll and she appreciates her voice. Adam thought of Janice Joplin, but wish she had more control, but loved the raw sound. Shawna has to decide which team she wants to be on, she chooses Shakira.

Caroline Glaser is new to the music scene and writing is important to her because it releases her feelings and emotions. This is the biggest thing that has ever happened to her, she has never played for more than thirty people.Caroline is singing Tiny Dancer and Blake is the first  to turn around with Shakira second. Shakira says that Caroline is the voice she has been waiting for. Blake knew Caroline was a song writer from the sound of her voice. Caroline has to choose, it’s team Blake because he recognized that she was a song writer.

Cameron has his only little fan base of seven to ten years old that he works with, today his aunt is with him who supports him and who he feels is his second mother. Music has been a part of him since he became a teenager and getting a chair turned is a necessity. Cameron is singing Justin Beiber’s As Long As You Love Me and shows off some pretty cool dance moves. No judges turn around. Shakira felt that Cameron was running out of air with his singing because of his dancing. Adam asks Cameron to show off a couple of moves. Usher tells him to find a balance.

Michael Austin is nicknamed Big Country and he is a Deputy Sheriff and is all about heart in his job. He has been with his band Austin Law for about four years now and they play at Treasure Island. He has put a lot on hold to be here, if the coaches turn around it will validate what he has been doing for a long time now. Michael is singing Somebody Like You, Adam is the first one to turn his chair with Shakira second. Wow, shocking that Blake didn’t turn his chair, but he told Usher towards the end that it was pitchy. Adam tells Michael that Blake will be so upset when he chooses him. Shakira felt like she could relate to how he embraced the song and thinks he should pick her. Michael chooses to be on team Adam.

Sasha Allen put her career on hold for her family, but now it is ready to get back to it.Sasha is a classically trained pianist and was brought to nightclubs and ended being a background singer for many artists that payed the bills. Sasha is singing Not Ready To Make Nice by the Dixie Chicks. Adam is first to hit his button and turn his chair with all other three judges following. Adam gives her a standing ovation, he calls Sasha magic and says that she has a natural God given gift. Blake loved that she sang a country song and says that they are meant to be. Usher says that he knows why she picked the song, she wanted to make a lasting impression. Shakira thought she had a beautiful voice.  Sasha has the biggest decision of the night, choosing between the four coaches, she chooses to be on team Adam.

Matt Cermanski‘s uncle was in a band called The Tramps who sang Disco Inferno. Matt believes he has what it takes and can’t wait to show the coaches what he has so he can get himself out of his small town. Matt doesn’t think anyone is going to stop him now and he is really brave in his song choice, he chooses Teenage Dream by Katy Perry. Sadly, nobody turns around. Usher says that the song was not in his range and did not showcase his abilities. Adam thinks there were a lot of issues. Blake doesn’t think that dance tracks are made for this type of audition. Wrong song choice for Matt.

Jamille, Amy, Michelle and Justin also made the grade this evening.

Mary Miranda was born in Cuba and when she came to America she couldn’t speak English and was made fun of, the only thing that kept her going was music. Today she is singing for her parents, so they can be proud of her. The song she is choosing is Spanish and she intends on singing her heart out. Mary is singing Como La Flor. Shakira hits her button, with Blake and Usher following. Blake didn’t understand anything Mary was saying, but he thinks she is awesome. Usher says that she is talented and he heard to much potential in her voice.  Shakira said from the moment Mary sang, she heard something in her. Mary starts crying just from the sound of Shakira’s voice, guess who she picks, team Shakira.

Grace Askew sings a mix of blues and country and has reached a plateau in her career after being on the road for years. Grace is singing These Boots Are Made For Walking and Blake is thrilled, he turns his chair right away. Shakira is next to turn her chair and Blake isn’t happy, he wants her all to himself. Blake keeps shouting and says he finally found one that he likes a lot. Blake says there is nothing sexier than a girl on stage with a big chrome guitar and cowboy boots, he loves what kind of artist she is. Shakira says there is an itch to her voice. Grace has a choice, she chooses to be on team Blake who couldn’t be happier.

Jane Smith has been singing since she was five, she is inspired by her dad who passed away from cancer and dealt with loss by writing music. Her mom was also diagnosed with cancer, but she is in remission. Jane sings every song for dad, somewhere out there she knows he is watching her. Jane is singing You’ve Got The Love. Nobody turns her chair around but Blake says that he hopes he sees her back again. Usher said let this be a debut of her talent and continue to work on her voice. Shakira thinks there is something awesome about her voice, but she should concentrate on what the song yearns for her to express.

Other artists who did not make it are Greylan, Dakota and Brandon .

Ryan Innes is the last artist for the night, he has been playing piano since he was four years. He always wanted to be a doctor and can’t believe that he is a singer instead. He lost the great love of his life and with that, he gave up being a doctor. Ryan is singing Gravity and that is all he had to say for Adam to turn his chair, with Blake second. Usher has his eyes closed, enjoying the music and turns his chair, then Shakira. Blake thinks Ryan has soul and it is the most fun he has had listening all day. Shakira really enjoyed his performance, she was floating in her chair. Usher savored the moment when he heard him sing, he thinks his voice is packed with substance and that he shook the entire room. Adam points out the lightening quickness that he turned around his chair. Ryan chooses to be on team Usher.