Will Smith Disciplines Justin Bieber By Controlling His Life – Scientology To Follow? 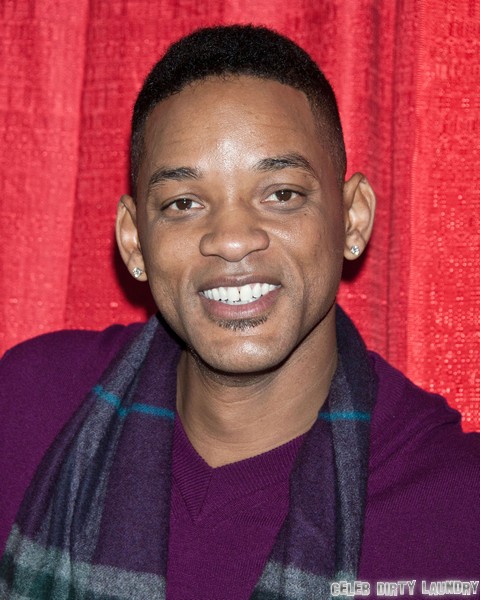 We know that Justin Bieber and Will Smith’s son, Jaden Smith, are friends. We know this because when Justin had a huge birthday party, you know – the one that ended in a huge fight and made Biebz whine like a small child – Jaden was reportedly there. In fact, some reports claim that the fight was caused by Jaden’s presence, as he was still under-age and the club didn’t want him in there. While we won’t know exactly what went on there, it seems that Justin and Jaden are still tight. So tight, in fact, that Jaden’s father, Mr. Movie Star Will Smith, has now taken to trying to fix Justin’s image.

The National Enquirer, the most reliable and truthful of all tabloids [that was sarcasm, by the way], has now claimed that Will Smith had taken the out-of-control Bieber under his wing after his mom reached out for help. A source tells the Enquirer, “Pattie has been struggling to figure out what’s the best course of action, and she realized that Will could be just what the doctor ordered. Justin and Will’s son Jaden are close friends, and he was with both of them in London in March, when Jaden was the opening act for some of Justin’s shows.”

The source added, “Will started making Justin adhere to a strict curfew and limited his computer and TV time. Will also makes sure he doesn’t stay out too late and that he steers clear of shady characters and overaggressive groupies.”

Ok, then. So Will’s basically become Justin’s new dad? Well, as implausible it is, it wouldn’t be the worst thing for the kid considering that his own parents clearly don’t give a damn about his antics as long he keeps bringing in the dough. However, as much as this story would help Justin if it’s true, it’s highly unlikely it is. Will has enough on his plate with his own career and life, not to mention his two teenaged kids that have their own fair share of trouble.

I think the major difference between Jaden and Justin, apart from the fact that Jaden is a well-behaved boy, is that Jaden’s able to be a lot more low-key about his partying than Justin. Part of that is down to Justin being a lot more famous, sure, but a lot of it also down to the simple fact that the Biebz. Just. Loves. The. Attention.  He can’t not be the center of whatever’s going on, and his ego is slowly starting to get out of control. Right now, his bodyguards are able to keep him in check, but what happens when he figures he can do whatever he wants and fires them?