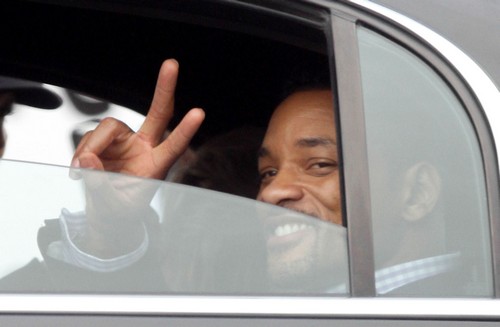 Everyone in Will Smith’s camp has been so quick to cover his finely toned ass and to insist that he is most definitely not cheating on his wife with co-star, Margot Robbie that nobody seems to have noticed one huge detail. Will may have actually wanted to get caught! By now you’ve all seen those black and white photo booth snaps of him half dressed flirting with Margot. In theory, what went on behind that little curtain could have remained private, if Will had thought to bring the photo strip with him! Instead he left it in the tray outside the booth! Eventually an assistant went back to find it after Will and Margot completely left the party, but according to the Nov. 18th print edition of Star magazine by that time lots of people could have seen it.

No wonder they got their hands on the photos, it’s as if Will wanted us to see them. Truth is, perhaps he did. His marriage to Jada Pinkett Smith has been rocky for awhile and sources close to the actor say that he has wanted out for awhile now. He has stayed for the sake of the kids but keeping up the guise is getting tougher with Margot in his life. She may not be his future wife, but she has reminded Will how to live and have fun again. Supposedly that’s something missing from his life with Jada.