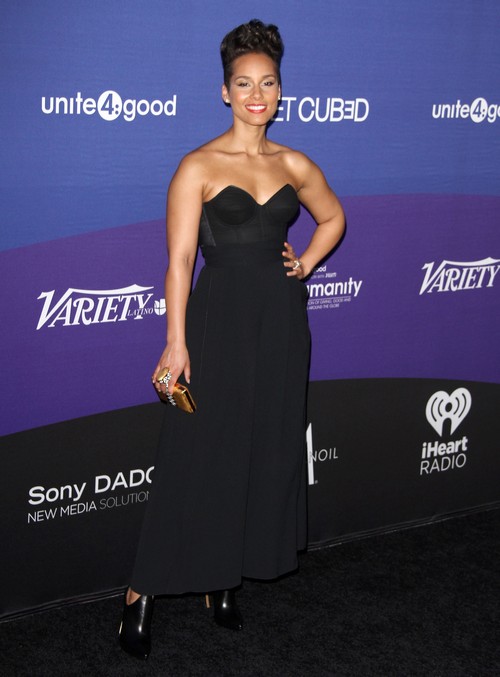 Finally there might be a bit of good couples news to report. It has been a week some major relationship bust ups but it looks like one Grammy Award winner and her man are doing just fine. Have you caught a glimpse of Alicia Keys lately? Rumors of her being pregnant have been swirling for the last few weeks and every time she turns up on the red carpet or for a live performance that bump seems to be a bit bigger. Girlfriend is smart and in Hollywood if people are speculating that you’re pregnant, you lose that pouch fast, unless it’s true.

While Alicia has never been one to conform to Hollywood’s ideal vision of stick thin, I’m pretty sure she’s the kind of lady to do more crunches if the rumors were wrong. She and husband, rapper Swizz Beatz already have a two year old son so the timing would be kind of perfect to give little Egypt a baby brother or sister, right? If she’s pregnant now than he would be about three when he becomes a big bro and that spacing is kind of perfect by many peoples’ family planning standards.

So take a look at the pics and tell us what you think, is Alicia pregnant? You have to admit, It would be nice to report on some good news about a popular couple for a change, wouldn’t it? While everyone is splitting up at least maybe Alicia and Swizz are quietly doing just fine! Is it time for baby number two? Tell us your thoughts in the comments below!