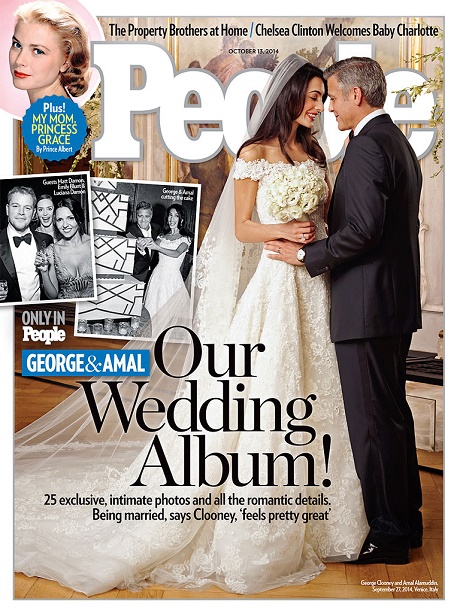 Amal Alamuddin is playing famewhore and her behavior make her resemble Kim Kardashian rather than Kate Middleton according to former supporters. Amal Alamuddin is playing the fame game like a pro, better than Kim Kardashian, leveraging her wedding to George Clooney like a celebrity used to this her entire life. Except Amal’s not even been famous for a year, and she’s already become so accustomed to being a famewhore? Is George Clooney that good of a teacher, or is Amal just loving the public attention that much? The website that gave Amal her first glimpse of fame – Your Barrister Boyfriend – is now hitting out against Amal for leaching off all the media publicity in her quest for fame.

The website put Amal Alamuddin at the top of their ‘Barrister Hottie’ list all those years ago, which first catapulted Amal into the media glare. Now, keep in mind, Amal was already an established legal presence by then, but this site basically gave her the push to become a media sensation in her own right – not just on her talent, but also her looks. It’s creepy and superficial, but hey, that’s our world for ya.

Anyway, the site’s co-founder Natalia Naish, is criticizing Amal for her behavior, stating, “Seems quite rich, given George’s hatred of tabloids. Amal has taken to her newfound fame like a duck to water, radiating ‘in love’ while she struts her stuff in surprisingly short couture dresses.”

She’s not wrong, is she? Naish also adds, “As the details of their four-day wedding emerge – the caseloads of tequila, the never-ending parade of Amal’s designer dresses, the boatloads of grinning celebrities, and the $13 million price tag – it all begins to seem slightly unseemly and in-your-face, especially for a couple who profess to be extremely private.”

She also compares Amal Alamuddin and George Clooney to Kim Kardashian and Kanye West, a comparison that will probably have George Clooney seething in anger (or maybe Kanye West). But at the same time, the comparison makes sense, no? George Clooney’s wedding had a lot more similarities to Kimye’s wedding than to Brangelina’s wedding, which is kind of sad considering George’s A-list status and Kimye’s D-list status. Plus, the media keeps trying to make Amal Alamuddin into the next Kate Middleton, but this website is pointing out that more similarities exist between Kim Kardashian and Amal. Now, I don’t ever want to put those two on the same intellectual level, because Amal is incredibly smart and accomplished [regardless of your personal feelings on her career choices] and Kim is… not. But their famewhoring is starting to look quite similar, no?