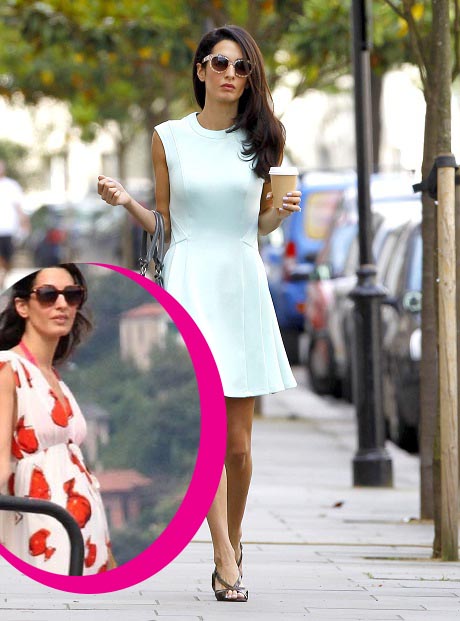 Is Amal Alamuddin pregnant? It kind of appears that way! George Clooney and his future wife were spotted having a great dinner in Lake Como, Italy recently and some are speculating that there might’ve been something precious Amal was attempting to hide: a baby bump.

It’s hard to believe that George and Amal would already be having a (planned) baby together, which leads many to believe that this surprise pregnancy was one of the reasons why George proposed to Amal in the first place — or at least why everything occurred in warp speed.

There was also an instance where Amal was photographed boarding a boat and looked rather bumpy as well. It could just be a combination of how her dress is made and how things are draping over her body — or it could be a very real baby baby baby bumpy!

Do you think Amal is preggo? Or do you think these are just rumors that were bound to surface eventually? People were surprised to hear that George Clooney, undoubtedly one of the most infamous bachelors in Hollywood, was choosing to settle down with Amal in the first place. News of a baby would (or could possibly) prove that 53-year-old George has finally chosen to grow up…at least a little bit.

Leave your thoughts in the comments section below. We’d love to hear from you!