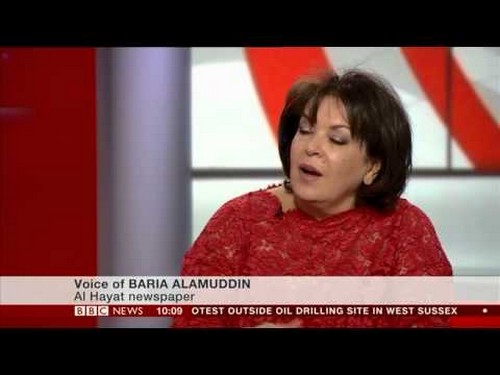 Amal Alamuddin and George Clooney are all set to wed, but tensions between the families are starting to simmer up as the date draws closer. Apparently, Amal’s mother Baria Alamuddin is ‘unimpressed’ with George’s Hollywood pedigree, and would rather have her daughter marrying someone within their Druze Lebanese religious sect.

Even though George’s parents are reportedly ecstatic about Amal [and probably that he’s actually getting married], Amal’s parents reportedly don’t feel the same way about George. A friend of the family allegedly told The Daily Mail, “Baria is not happy. She thinks Amal can do better. She has been telling half of Beirut, in fact anyone that will listen, there are five hundred thousand Druze. Are none of them good enough for her?”

Apparently, the Druze Muslims are quite a religious bunch, with some members getting heavily punished from marrying outside of the religion. Technically, those who marry outside the community are ‘cast out’ and not allowed to come back. Thus, if Amal and George have children, there’s no way they would be raised Druze.

I can see why Amal’s mother wouldn’t be very happy about this, especially coming from a religious and orthodox family. They don’t care about the fact that their daughter is marrying THE George Clooney. Much as it is with most families in the Middle East – especially high-profile ones – it’s all about maintaining their image, and having their daughter marry outside the Druze community would definitely affect their standing in that very same community.

Some sources are even claiming that Baria has reached out to George and asked him to consider becoming Muslim and converting to Druze. Unfortunately, I don’t think George is very interested in doing that, and I don’t even think Amal would want him to. Can you imagine the reaction in Hollywood if George Clooney converted to Islam? Mama and Papa Alamuddin will just have to deal with the fact that their grandchildren will never be Druze – provided Amal and George actually have children, of course.

Update: It seems that George Clooney didn’t like the Daily Mail piece and wrote an op-ed piece in USA Today to express that. I read the piece and don’t agree that The Mail was inciting violence of any sort – they reported simple gossip from a source. What’s interesting is that George felt the need to deny that any religious differences exist between Amal’s family and his own. Of course many families of all religions do object strongly to a child marrying outside of the faith and at the least request that the incoming family member convert before being accepted – certainly George isn’t denying this, is he?