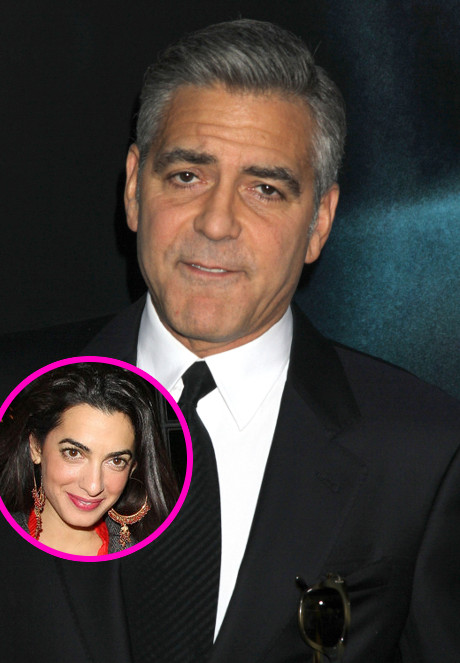 It’s been less than two months since George Clooney‘s engagement to Amal Alamuddin was announced, but there are already breakup rumors circling the couple. Apparently, George and Amal are both getting cold feet about the marriage, despite diving headfirst into their engagement.

Several reports have alleged that Amal is worried about George’s drinking and womanizing past, and she doesn’t know if he will gel with her culture and family. George has already met her parents and immediate family, but how will her extended family — for all intents and purposes, strictly religious and conservative people — deal with George’s movie star status and partying ways?

The couple is already facing issues with the marriage, considering that since Amal is from the Druze family of sheikhs, alcohol use is strictly frowned upon. Amal, being cosmopolitan and a world-famous barrister, obviously doesn’t have the same issues with George, but will she convince her family that she’s making the right choice? Plus, George cannot convert to Druze, which means that if they were to have children, the child would not be born a Druze – something which Amal’s family is reportedly not happy about.

Then again, these types of issues are common when two people from different cultures, religions, and backgrounds marry. George would never have proposed to Amal if he wasn’t serious about marrying her, and I don’t think he’d let a little thing like his drinking get in the way of that. He may be nervous about her family’s acceptance, but it’s George freaking Clooney. What are they going to say, no? Puh-lease. It’s much more probable that they’re jumping up and down at their good fortune.