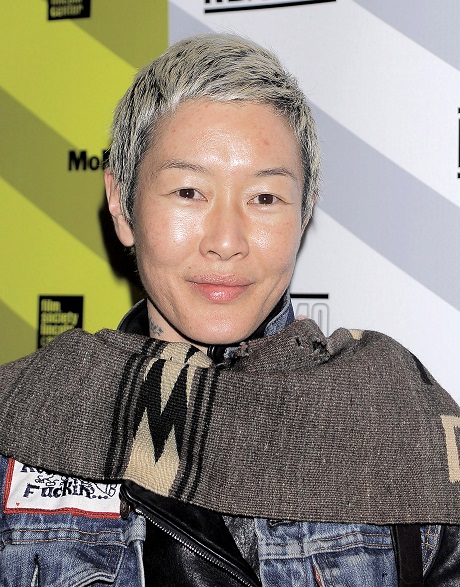 Angelina Jolie‘s ex-lover, Jenny Shimizu, is reportedly getting married to her girlfriend, Michelle Harper. Now, all we need is Jennifer Aniston announcing her wedding to Justin Theroux, and the circle will be complete.

Out of the entire pantheon of ex-Jolie lovers, the one we hear least about is Jenny Shimizu. We often discuss Billy Bob Thornton and even Jonny Lee Miller, but rarely Jenny. It’s unusual that the media has completely bypassed Jolie’s only relationship with a woman, at least from what we know about. Instead, we are often treated to the same treatise about Brad Pitt‘s exes, including Jennifer Aniston and the numerous other inter-changeable actresses on that list.

We have to wonder – does Angie regret it, at least a little bit? She and Brad are happily married right now, and I doubt Jenny’s wedding to Michelle is a response to Angelina’s wedding. But Angelina’s gone on the record saying that, had she not married Jonny, she probably would have married Jenny. Their relationship was fairly serious at the time, and one of the few that Angelina actually looks back at fondly. Does that mean the two are still in touch, perhaps? And how do you think Brad would feel about that?

Say what you will about their relationship, but it’s been obvious that Brad has cut off contact with all of his exes and stopped doing sex scenes because of his relationship with Angelina. Has she responded with the same courtesy and respect? There are always stories circulating about her keeping in touch with Jonny and Billy, and if that’s the case, there’s a double standard at play here. Even then, it’s possible that Jenny invites Angelina to the wedding, even if Angelina and Brad respectfully agree to pass on attending the event.