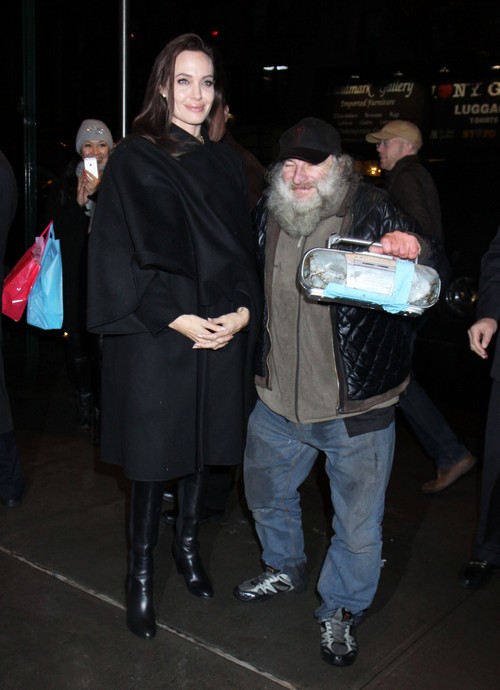 Naughty Gossip reports that Angelina Jolie has pulled out of several Unbroken appearances, including the official red carpet premiere, because she has ‘chicken pox’. Angelina released a statement saying as much, writing, “I just wanted to be clear and honest about why I will be missing the Unbroken events in the next few days. I found out last night that I have chicken pox, so I will be home itching and missing everyone, and I can’t believe it, because this film means so much to me. I just can’t believe it! But such is life.”

Hmmm… I have to be honest, the timing is mighty suspicious, isn’t it? Unbroken gets snubbed by two major awards shows [including the Golden Globes, who you’d think would have nominated it just so Angelina would show up], and she’s involved in one of the biggest Hollywood scandals of the year? This absolutely cannot be a coincidence, and I don’t know if we can blame this ‘chicken pox’ for Angelina’s sudden disappearance from the public eye. She hasn’t released a statement or anything at all about the Sony emails, but there’s no doubt that she would have been bombarded with questions during the press tour.

Sure, Angelia wouldn’t have had to answer any of these questions if she didn’t want to, but it would been the big topic everyone was discussing – as opposed to the film, or the quality of the film itself. So perhaps Angelina removed herself from the film’s promotional trail to avoid it getting tainted by the Sony drama, although the fact still remains that it’s been majorly snubbed during awards season so far.