Ariana Grande And Big Sean Hook Up – Was She Cheating On Ex-Boyfriend Jai Brooks This Whole Time? 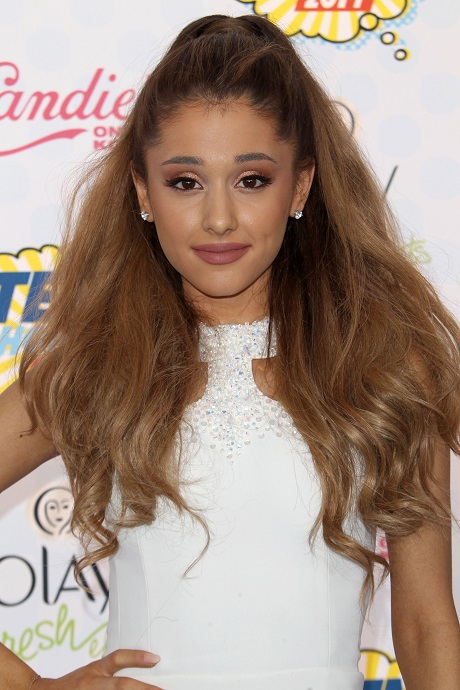 Ariana Grande and Jai Brooks broke up recently, supposedly because he wasn’t ‘there for her’ when her grandfather passed away. She uploaded this accusatory Twitter rant about it, and everyone realized that she must have been talking about Jai. But what if it was actually an act? What if she was actually dating someone else this entire time? According to E! Online, Ariana and Big Sean [who used to be engaged to Naya Rivera] have been getting ‘close’ recently.

The two met while working on Ariana’s single ‘Problem’, and it looks like they’ve been taking things to the next level since then. It does explain why Big Sean broke off his engagement to Naya Rivera so quickly, and why Ariana was clearly just looking for an excuse to dump away from Jai.

Eyewitnesses have also spotted Naya and Big Sean kissing and making out at the Grove in Los Angeles over the last month, and even if their romance did not overlap with their previous relationships, the timing is still plenty suspect. Big Sean and Naya broke off their engagement a few months ago, but Ariana and Jai Brooks broke up last month – the same time that Big Sean and Ariana supposedly started getting closer.

I mean, we know Naya’s not staying up nights over it since she’s already married to someone else, but Jai hasn’t had the best luck with Ariana, has he? The first time, he accused her of cheating on him and humiliating him, and it’s a possibility that the same thing happened this time around as well.

What do you guys think? Did Ariana cheat on Jai with Big Sean? Or is she just rebounding with him? Let us know your thoughts in the comments below.