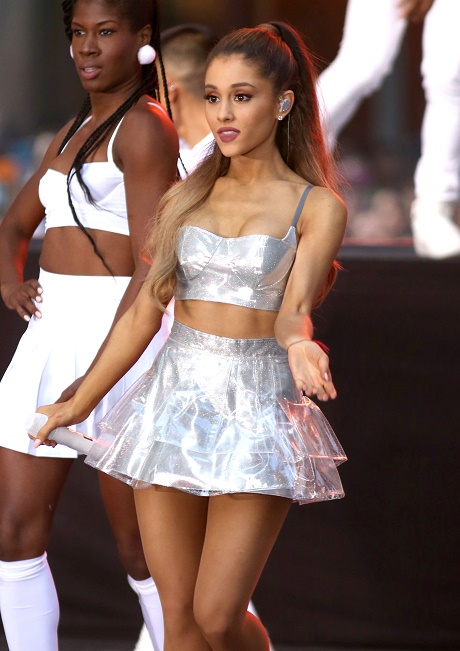 Recent reports left Arianators upset to hear of yet another claim that their idol, Ariana Grande, was acting like a major diva again. Well, Arianators can now rejoice because it seems the reports of Grande’s bad behavior that resulted in her long-time choreographer quitting recently were not so accurate.

Isaac Calpito, Grande’s choreographer and some-time advisor, recently quit working for Grande and reports soon swirled citing Grande’s diva antics as the cause for the separation. Now, RadarOnline.com is reporting that there is actually some dirt behind Calpito’s resignation and it had nothing to do with Grande’s behavior. A source close to Grande shared with Radar that Calpito is in the middle of an independent investigation in which he is at the center of claims of inappropriate behavior towards members of Ariana’s team.

Now Grande’s camp is fighting back in true Arianator form by highlighting the fact that while Calpito cited Grande’s behavior for his departure, it is actually his bad behavior that caused him to leave his cushy job. Grande’s team is also using the news to deflect from all the recent reports of Grande’s diva antics that have plagued her for the past few months.

The source told Radar, Calpito became the subject of an investigation after there “were numerous complaints by many women working around the team for inappropriate behavior. He was suspended, and then they did a thorough investigation with an independent investigator. There was a lengthy investigation report, and once the results came back, he resigned. Basically, the result of the investigation demonstrated there were serious issues, and he chose to step down.”

Calpito countered to Radar, “These accusations are completely untrue. They’re completely false. It stems from a group of people in Ariana’s camp that wanted me out for various reasons. They made it very uncomfortable for me, and so I resigned. Basically, it’s slander and defamation of character, what they’re doing to me. It’s incredibly transparent. And not classy. I’m not there anymore. I’m very happy to not be there anymore. I think her behavior speaks for itself.” Wow. What started as his defense against claims from those in Grande’s camp, ended up with a few slams about Grande as well.

Tell us what you think below. Who truly had the bad behavior…Grande or Calpito?