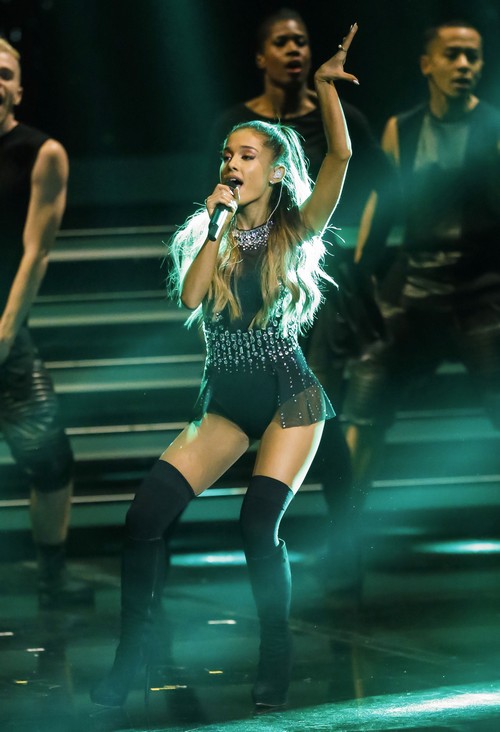 Everybody hates diva Ariana Grande. Isn’t this obvious by now? Her ‘fans’ hate her, the music industry hates her, even her own manager probably hates her. But even then, we keep hearing story after story about how the huge monster diva she’s sooo talented, and how her music is s000 popular. But I’ve said it before and I’ll say it again – Ariana Grande is not Mariah Carey, and she will never be Mariah Carey. So no matter how ‘talented’ or ‘popular’ she is, her career is going to reach a dead stop sooner rather than later if she doesn’t get it together.

And you know what’s worse? Ariana Grande’s diva behavior didn’t just start after her popularity started to rise. She’s been this way since her start in the entertainment business. Life & Style Magazine acquired Ariana Grande’s contract when she was a star on Nickelodeon’s Victorious, and according to the document, Ariana apparently ‘had’ to have the best dressing room out of all the supporting cast. Can you believe that?

Of course, Ariana will never let it be called ‘diva behavior’. She keeps claiming that as a woman in the industry, you have to be tough to make it ahead. And while that’s certainly true in many cases, there’s a difference between being tough and being a straight-up huge diva monster. I’m sorry to say that, but it’s true. Nobody really cares if you’re successful if you’re a horror show to deal with, and people like Ariana Grande [and Katherine Heigl, for that matter] always learn this the hard way.

So, what say you guys? Ditch Ariana Grande’s music and make her suffer the consequences? Or is that too harsh? I mean, she deserves to get more than a little backlash for her behavior, no? Let us know your thoughts in the comments below.