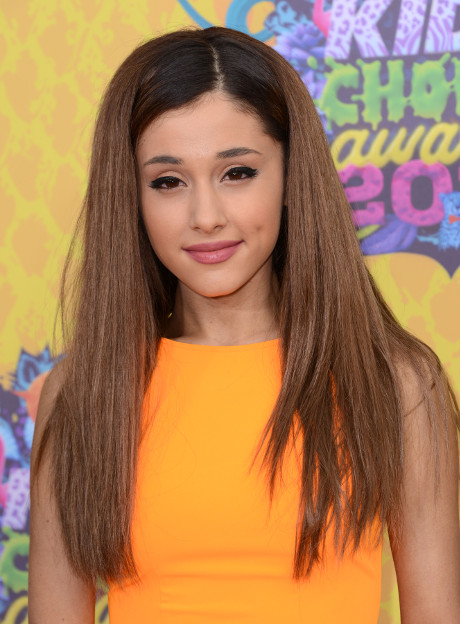 Ariana Grande, who admits she doesn’t like to respond to the gossip being turned out of the rumor mill, has made an effort to comment on the rumor going around that claims she’s making more money than her Sam & Cat co-star Jennette McCurdy. In a statement released on Twitter Thursday night, the singer/actress said that whatever’s going on behind the scenes has nothing to do with alleged competing salaries because they both take home paychecks equal in size. The way it should be, she says!

Ariana’s statement, which is quite lengthy but well-worded, reads as follows: “I hate addressing rumors and I hate gossip but this is really bothering me. Jennette and I agreed upfront that we would be treated equally on this show in all regards (as we should be, considering we each work just as hard as the other on this show). The rumors circulating about our contracts and our salary not being equal are absolutely ridiculous and false. I don’t know who’s putting these idiotic quotes out there but I thought I’d straighten it out and try to end this nonsense.”

“As far as the show goes, I don’t know what’s happening because I’m not directly involved with the problem but I just wanted to address this one rumor in particular because I am NOT making more money than my costar, nor do I think I should be. So we can all move on and get out of our heads that this was a money thing cause I don’t play like that at all. I am, have always been and always will be about equality and fairness.”

What do you think about this note addressing the Nickelodeon dramaz? This could really be the truth (which we’re inclined to believe), or it could also be a smokescreen of sorts. Ariana doesn’t come across as the lying sort, however, and we think that whatever’s going on between Jennette and Nick has to do with something more than a mere salary squabble. Thoughts?