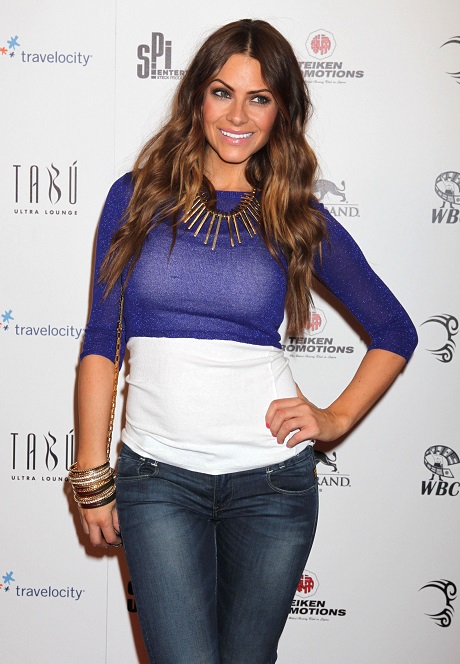 Oh, look, more Bachelor and Bachelorette spin-offs. One of these spin-offs is titled Bachelor in Paradise, and surprise, surprise, the contestants are already giving interviews about it. Yes, the idea of getting together former Bachelor and Bachelorette contestants and sending them to a tropical island somewhere sounds like ratings gold – in theory. But as former Bachelor contestant Michelle Money says, there is also going to be a lot of behind-the-scenes drama.

Note how she dodges around dissing anyone involved with the show. Even though we already know that most of these shows are scripted, Michelle shies away from saying that outright. She also doesn’t accuse the producers of manipulating the behind-the-scenes arguments to create more drama, nor does she diss any of her co-stars. A lot of other reality stars could learn something from her, although her answer is a little too wishy-washy for my taste.

It’ll be interesting to see whether this show ends up being a success for ABC, or yet another failed experiment in capitalizing on their Bachelor craze. You know the saying, there can be too much of a good thing? I hesitate to call these reality shows ‘good’, but there’s a reason the Bachelor and Bachelorette have stricken a cord with the public. They’re entertaining shows that offer something unique to the public [or used to, anyway]. If you bombard them with a million different versions of the same thing, why would the consumer even be interested anymore?

What do you guys think? Will you be tuning into Bachelor In Paradise? Let us know your thoughts in the comments below.