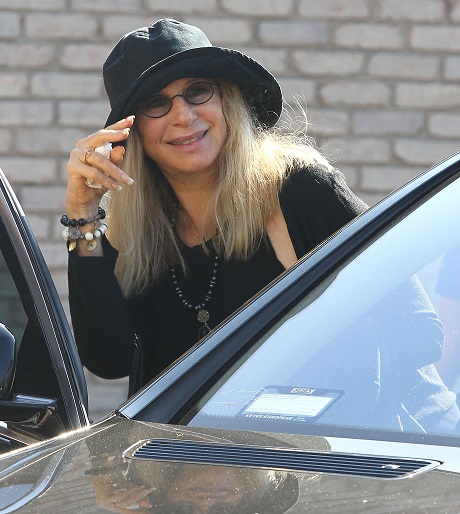 Barbra Streisand is one of the most legendary voices in Hollywood, but she is also known to be very difficult to deal with and no one knows this better than her husband, James Brolin. The couple attended a gala for the USC Shoah Foundation in L.A. Last month and the evening turned into a disaster. Several A-listers were in attendance and Barbra wanted to be the grand dame of the evening but James seemed bored at best.

According to the June 23rd print edition of The National Enquirer, President Obama was in attendance and went out of his way to talk to Barbra. It was a moment that would have left her in absolute glory if not for the fact that her husband acted like he could have cared less. Even speaking with President left James miserable and that was the catalyst for one hell of a fight between these two.

Barbra believed he was being completely unsupportive on what was a big night for her and James is tired of everything being about his wife. Babs ended up opening the front door of the couple’s Malibu mansion and insisting that James leave — which he gladly did.

We have heard for a while now that Barbra and James’ marriage is on its last legs. Do you think that these two will even bother to try and fix it or will they instead be content to pull the plug and then begin battling over their millions? At least money is more tangible than ego to fight over, right?