Ben Affleck Injured While Filming Batman Vs. Superman – Will He Continue? 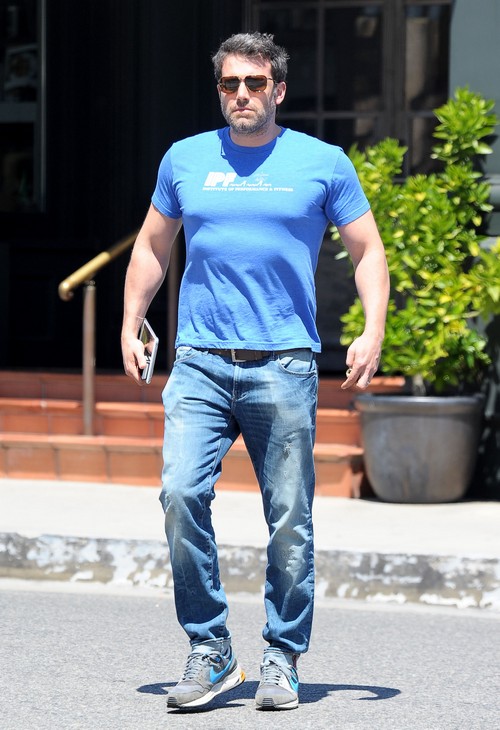 Ben Affleck will do ANYTHING to play Batman, you guys. Well, he’s already playing Batman so let me rephrase. He will do anything to KEEP playing Batman, including breaking his back, getting back into his gambling addiction, using steroids to bulk up, and injuring himself every other chance he gets.

Ok, perhaps I’m being hyperbolic. But you can’t deny that all these issues with Ben started up after he started filming for Batman vs. Superman. If the rumors are true and he is using steroids/drugs to bulk up to play Batman, then that might have messed with other things as well. He could possibly be back on drugs, which was also hinted at with several rumors over the past five years. In turn, that might have led to his relapse into the gambling addiction, which also turned his marriage to Jennifer Garner sour.

And now, on top of everything else, he’s injured himself. He reportedly hurt his shoulder on August 9th after a ‘complicated move’ involving his left shoulder. Star Magazine’s source explains, “He’s putting his all into this role and it’s pretty physically demanding. This injury was his first and most painful while shooting. Ben can act, but has been put on temporary hold from doing any stunts for a few days. That is, until the doctor gives him the OK to start again.”

Ben Affleck is 41 years old, so really, can you blame him for getting injured with all of these ridiculous stunts they keep throwing at him? And Ben, we understand that you want to wipe the stench of Daredevil off you, but dude, you’re too old for this.