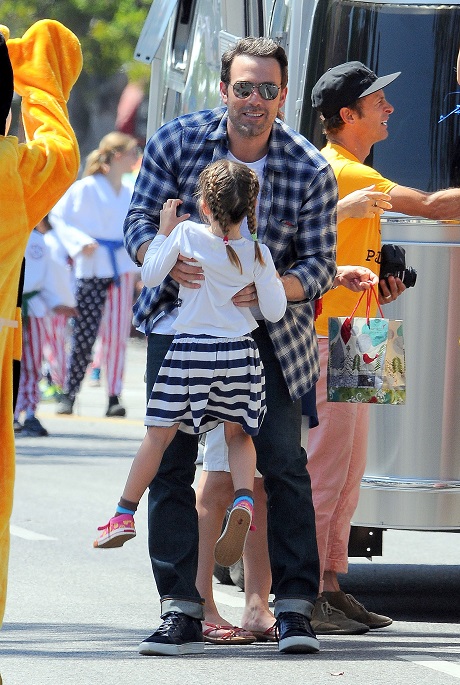 No one likes to deal with a control freak and apparently that is exactly what Jennifer Garner has had on her hands for the last 9 years as Ben Affleck‘s wife. When the couple first became parents, the plan was that they would alternate parenting duties while the other one worked. Of course, that didn’t totally go as planned and Jen has ended up at home more often while Ben has worked hard to build a solid reputation in Hollywood.

He is often away from home for long periods of time, but when the shoe is on the other foot, Ben doesn’t cope very well. The actor is said to be extremely jealous and it has ruined Jen’s friendships with other men, including Mark Ruffalo — who was once her close pal.

According to the July 21st print edition of Star Magazine, Mark says that he and Jen had a great time together, until Ben came around and flipped out. Sources say that the couple is on such dicey ground that those close to them won’t be surprised if Jen leaves Ben “for good.”  That comment alone leads me to wonder if they have split up temporarily before. People don’t usually talk about leaving for good unless they have left before and then returned for more.  Perhaps one of the more recent separations that the couple has had due to work has been a bit more than it seemed.

Do you think that Jen will ultimately leave Ben and his addictions in the dust? Are they really in love or has this Hollywood relationship turned into one of convenience for the sake of the kids?  Tell us your thoughts in the comments below!