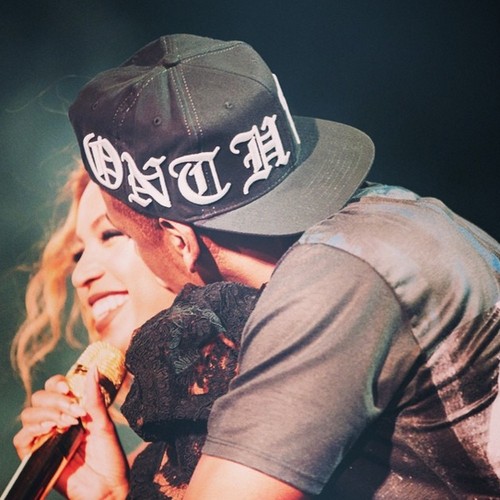 Beyonce is many things – a mother, wifey, sister, singer and most of all she’s a shrewd business woman married to Jay-Z. I mean she has to be to have garnered the level of success that she has found. Even if that means putting together a fantastic team that spins every note that she belts out into a boatload of cash, the woman is smart. There is that old saying that any publicity is good publicity and at the end of the day, in Hollywood that notion is dead on. Look at other stars like Tori Spelling and D-listers like Mimi Faust- even they have been smart enough to turn embarrassment and humiliation into well-brokered cold, hard cash.

Don’t get me wrong, it is painfully obvious that Beyonce and Jay-Z likely can’t stand to be around each other. That infamous elevator fight with Solonge Knowles gave the whole world a private look at who they really are when they believe no one else is looking and it sure wasn’t pretty. There is good reason for all of the divorce speculation that is swirling. In the real world these two, who according to Lainey have an open marriage, would be long done based on the mountain of rumored cheating alone, but celebs don’t live in the real world. That means that Bey has two choices here, she can allow everyone to piece together her messy marriage and then later confirm the divorce that is anticipated. Or she and Jay can do exactly the opposite.

This drama that began with the elevator fight surveillance footage leaking out has truly launched them into a different realm of popularity and the gossip isn’t calming down either so they are kind of simply embracing it. They keep posting nuggets of their life together on Instagram while in the next breath we hear of closed door meetings with no less than 4 attorneys. Four? Isn’t that a bit excessive even for them? Perhaps the joke is on all of us and the rumors of divorce are dead wrong.

Bey and Jay don’t need to be crazy in love and they don’t even have to live together in order to keep the business side of their relationship intact. They are worth an estimated billion dollars together and that actually might make a legal divorce simply not an option. Since they haven’t quieted the rumors and speculation then there would likely come a time when they would decide to capitalize on it in any way possible and I think that time is now. Sure we have heard about the cheating, we have seen the elevator smackdown and we have read about the divorce rumblings- but in doing that we have made both Beyonce and Jay-Z even more famous. That’s not necessarily the kind of power that either of them has any intention of giving up. Do you think that Bey and Jay are using the drama to rake in more cash during their On The Run Tour? Is the joke on all of us? Tell us your thoughts in the comments below!