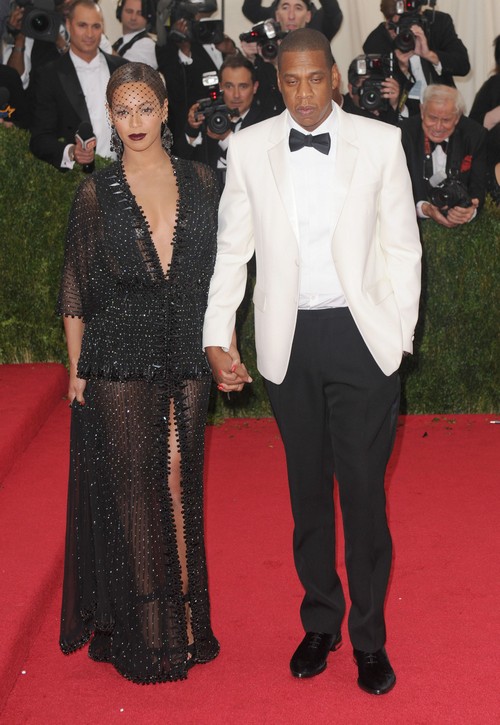 Kim Kardashian‘s feud with Beyonce is still going full steam ahead, at least from Kim’s perspective. She’s not exactly a forgiving person, and she’s spent far too much time and effort sucking up to Beyonce to let her efforts go wasted. Instead, she’ll be using her bruised ego and media connections to ‘win’ their feud, which is mostly one-sided jealousy from her side.

Seriously though, does Kim actually think that Beyonce even gives a crap about her? She’s got so many more important issues to worry about right now, not least that she’s in the midst of a messy divorce with Jay-Z and possible custody battle over Blue Ivy. Does Kim think that Beyonce’s going to deviate her attention from all that and spend it on HER, the biggest reality famewhore that’s ever existed?

If she does, then she’s even more clueless and delusional than anyone ever suspected. But it would also explain why she’s going out of her way to name drop Beyonce more than usual, especially in her most recent interview on Andy Cohen‘s Watch What Happens Live. She very clearly admitted that Beyonce and Jay-Z were having marital issues, even though she tried to play it off as no big deal. Keep in mind, this was last week, when there hadn’t yet been ‘official’ confirmation of Beyonce’s divorce situation. But with Kim blabbing about it an interview – when she herself is not personally involved with Beyonce or Jay-Z, mind you – it was bound to come out.

We get it, Kim, you’re bitter that Beyonce and Jay-Z didn’t come to your wedding. But discussing Beyonce’s divorce is a low blow, even for you.

Now Us Weekly is gossiping that Gwyneth Paltrow is getting involved in Beyonce’s divorce. As if! The Tabloid claims to have unnamed sources telling them that Beyonce and Jay-Z will separate after the On The Run tour ends and that Bey is getting divorce advice from Gwyneth Paltrow. Okay sure….  More likely Bey would be consulting top divorce lawyers rather than Gwyneth since her own separation from Chris Martin made her the laughing stock of the world, right? Getting divorce or marriage advice from cheating GOOP is like asking Charlie Sheen to be your sober coach.