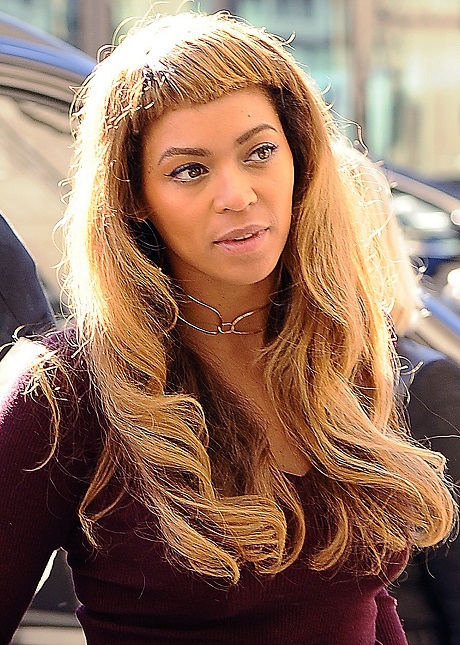 People are losing their damn minds over Beyonce getting a hair cut, or more specifically, Beyonce getting bangs. Is this all a PR stunt to distract from the Beyonce/Jay-Z divorce rumors? Apparently, this is more important news to Twitter than everything else that’s going on in the world. Conflict in the middle east < Beyonce’s hair cut. Heck, if Twitter was running the world, Beyonce would probably be the president. But this universal devotion to Beyonce and her brand also means that people are STILL refusing to call her out for her extremely obvious PR campaigns.

It was only a few months ago that Beyonce’s divorce from Jay-Z was considered a done deal. Everyone just assumed that Beyonce and Jay-Z were breaking up, especially after the numerous leaked articles from People, US Weekly, and a veritable who’s who of legitimate sources. But in the end, Beyonce and Jay-Z not only refused to get divorced, but then they went around pretending as though they were absolutely fine the entire time. Divorce? What divorce? Instead of the Beyonce/Jay-Z divorce stories we were getting, we were treated to endless photo ops of Beyonce, Jay-Z, and Blue Ivy all over the country. We were spoon fed stories about how they were the perfect couple, and how loving they were, and how those divorce rumors were just a nasty hindrance in the Cinderella love story of Beyonce and Jay-Z’s life. But again, we know the truth.

Check out the ‘Beyonce bangs’ photos below.