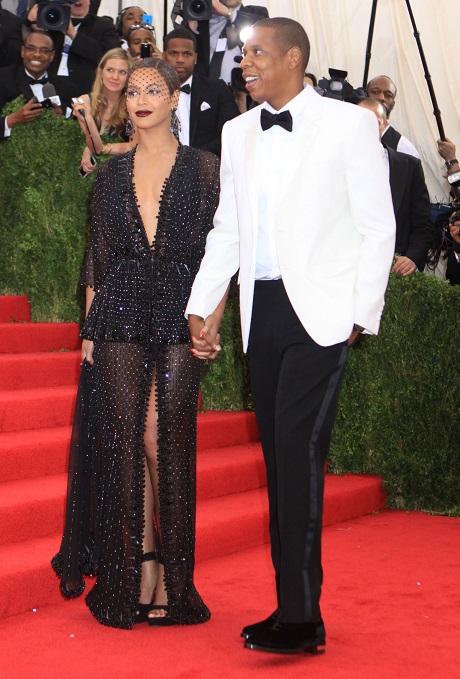 Jay-Z and Beyonce have always seemed like the perfect couple, right? They’ve been together for so long that there’s never been a crack in the facade – until now. The Solange elevator attack opened the dam, and it’s been flooding gossip ever since. See, there had always been *whispers* about Jay-Z’s cheating, especially with his young proteges Rita Ora and Rihanna. Sure, there was never anything concrete to go on except for rumors, but it was certainly something to keep in mind.

But the elevator attack happened, and then we started hearing from sources that it was because Jay-Z tried to flirt with Rachel Roy – in full view of guests from the MET Gala afterparty. If Jay-Z was so blatant about his flirting at a party with hundreds of guests watching and his wife present, what has he been doing in private, when no one was there to witness anything?

See, we don’t give Beyonce enough credit. You think she didn’t know about all of Jay-Z’s cheating allegations? I’m sure she know, and moreover, I don’t think she wanted to do anything about it until now. First of all, if he stepped out, I’m sure she’s stepped out as well. They might have had an open marriage agreement, and Beyonce might have also agreed to keep things quiet so long as he kept his infidelity out of the news.

But now all this has happened, and Beyonce has to deal with the shame and embarrassment of being cheated on while the whole world watches. It was one thing to privately accept her husband being a cheater, but that was when their public image was still rigidly controlled. But now that the sense of control has gone, I have a feeling Beyonce’s much less accepting of Jay-Z’s vices than she used to be.

Either way, Beyonce and Jay-Z are still scheduled to go on their tour. But after that? I wouldn’t be surprised if the constant speculation and humiliation took a toll on their marriage, and eventually led to divorce.