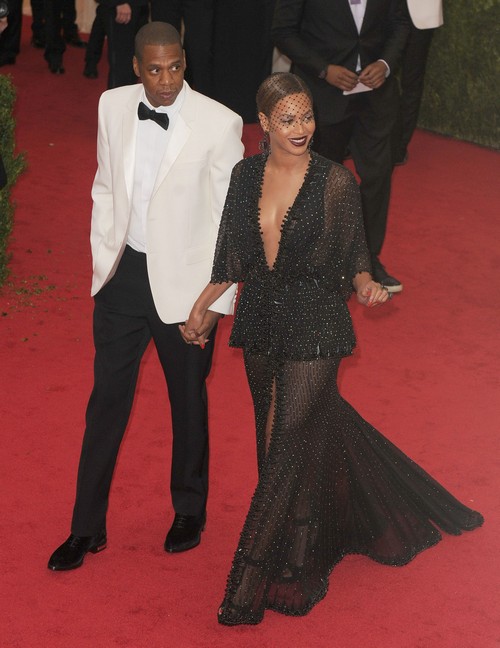 Beyonce may have been furious at the news that Jay-Z was cheating on her, but it looks like she may have had some hidden secrets of her own. According to several new rumors, Beyonce might actually be having an affair with her bodyguard, Julius De Boer. Even worse, this could lead to a divorce between the couple once they complete their tour.

We all remember Julius, don’t we? The bodyguard who prevented Solange from smacking Jay-Z into oblivion, featured heavily in the leaked video from the incident? Yeah, that’s the guy that Beyonce is supposedly having an affair with.

My question is – how does Jay-Z not know about this? Sure, a source ‘tells’ Star Magazine, “Jay definitely thinks that there was and may still be something romantic going on between Bey and Julius. He wanted to fire Julius last February, but Beyonce said, ‘Julius isn’t going anywhere.’”

Damn, that’s hypocritical of Jay-Z, no? If he’s really been cheating on Beyonce all this time, then how is he in any position to tell Beyonce what to do, much less fire her bodyguard without any proof? Of course, supposed ‘friends’ of Jay-Z have also spoken to Star, claiming that he’s right to be jealous considering how close Beyonce is to Julius, and how many nights they’ve spent behind closed doors.

Uh, he’s her bodyguard, i.e. it’s his job to spend nights with her and make sure she doesn’t get assaulted by some psycho fan. However, both Beyonce and Jay-Z do seem to have a lot of hidden skeletons in the closet that are slowly tumbling out in the wake of the Solange attack, and it wouldn’t be surprising to hear that they were both cheating on each other – and at the same time, no less. And if their relationship really was such a dysfunctional mess, then it’s all the more impressive that Beyonce managed to carry on the charade of a perfect marriage for so long.