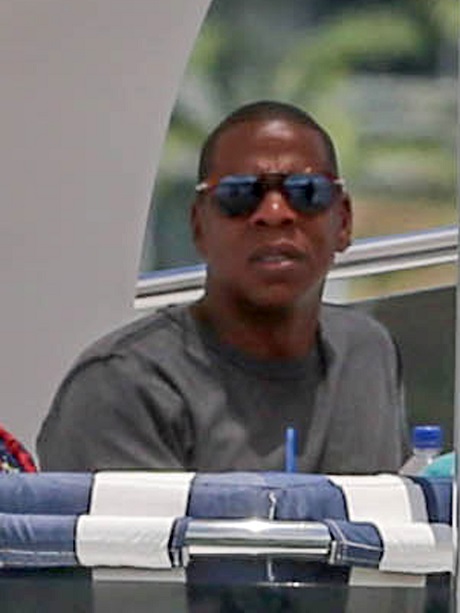 Beyonce and Jay-Z are trying their hardest to portray the image of a happy family while on their ‘On The Run’ tour, but ironically, they’re still running from their marriage woes. Previously, we had heard that Beyonce and Jay-Z had been waiting for the end of the tour to announce their divorce, considering that there is millions on the line for their joint tour. However, new reports suggest that they’re already staying in separate rooms and can’t handle being together any longer. Is an official divorce announcement imminent?

A source tells Life & Style Magazine, “They’re not just staying in different hotel rooms, but they have booked separate hotels, and they arrive separately to each show.” This is in sharp contrast to what all those Instagram and social media pictures would have you believe that Beyonce, Jay-Z, and Blue Ivy are just one happy family.

To be fair, Beyonce and Jay-Z are also working extremely hard on their photo-ops, making sure to get papped at least once a week with the entire family. In fact, I don’t think I’ve ever seen Beyonce and Jay-Z work this hard to land anything, much less keep their family intact.

There were even reports that Beyonce, Jay-Z, their lawyers, and executives from Live Nation all had an emergency meeting last week to discuss the couple’s failing marriage and how it would affect the tour. The source added, “There are lawyers that have now joined the tour, and they’re not here just to see them perform. They are here to help hash things out.”

This whole situation started with Solange‘s elevator attack on Jay-Z, and if we ever doubted it, Beyonce pretty much admits to it in her new remix of the song ‘Flawless’. There is a verse in the song that goes like this: “Of course sometimes sh*t go down when it’s a billion dollars on the elevator.”

I think we all know what she’s talking about, right? And even though Beyonce is a perfectionist, there’s only so much she can do when it comes to keeping her marriage intact – especially when both parties don’t even want to spend time together.