Rachel Roy and Jay-Z Will Hook-Up and Cheat on Beyonce at Kim Kardashian’s Wedding? 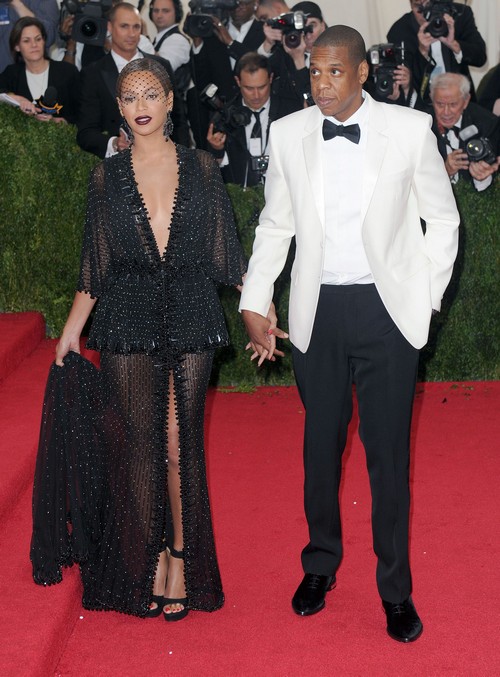 As we’ve reported earlier, Jay-Z is confirmed to be attending Kanye West‘s wedding to Kim Kardashian, even though it probably took a lot of convincing to get him to agree. However, Beyonce still hasn’t confirmed her own attendance, and considering the recent drama surrounding her personal life, I’m thinking it’s very possible that she sits this one out – or at least, it’s possible until she gets wind of the guest list, which includes Rachel Roy, the woman that Jay-Z was flirting with at the MET Gala.

Keep in mind, this same flirtation was reportedly what caused Solange to attack Jay-Z, so having her attend the wedding will definitely cause some awkwardness. Plus, it’s very possible that Beyonce decides to attend the wedding as well, just to keep Jay-Z away from Rachel. Despite the insane level of confidence that Beyonce projects, the more private and vulnerable side of her probably isn’t that confident about her husband’s loyalty, especially if all the recent rumors of him cheating are true. Plus, I don’t think Solange would have just attacked Jay-Z for flirting with Rachel Roy, and there’s probably more behind the story that they’re not telling us.

Either way, the Kimye wedding is turning out to be one heck of a centerpiece for all this drama. On the one hand, we have the Kardashian family, who will definitely orchestrate as much excitement as humanly possible. And then on the other, we also have the drama from the Beyonce, Jay-Z, and Rachel Roy love triangle, and you can bet that every well-placed source at that wedding will be looking for Jay-Z to initiate a conversation with Rachel or vice versa.