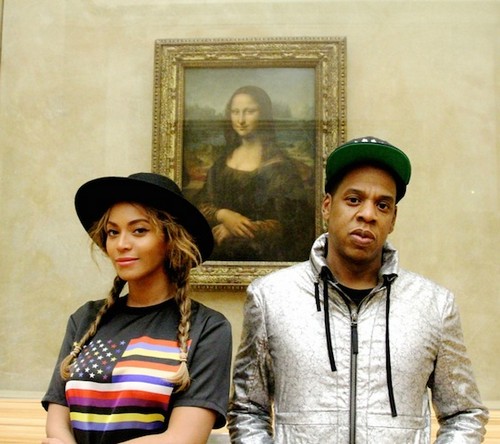 Beyonce and Jay-Z are just not giving up, are they? The news is that that the business couple renewed their wedding vows. I almost have to admire their commitment to fake fixing their marriage to hide from divorce rumors, just as I have to admire their unerring enthusiasm for rebuilding their faux relationship.

Come on! Do they think we’re stupid? Just weeks after the divorce rumors started, Beyonce and Jay-Z changed their minds and are now trying every PR play in the book to fix their public images. They’ve already PR stunted Beyonce’s pregnancy and baby bump, and when that didn’t work, they took to making public appearance after public appearance. After that, they started using social media much more than they used to, uploading personal photos and pimping out their private life for everyone to see. And when that didn’t work, they started leaking reports via People and US Weekly about how they’re going house hunting abroad, i.e. Paris. And yet, nobody’s buying that Beyonce and Jay-Z are fine. The best I can come up with is that they have reached a business impasse, and realized that without their marriage, they’re bound to lose a lot of money. However, I doubt that the two have any real feelings left for one another, especially if they always had an open marriage to begin with. Have no doubt, Beyonce’s marriage to Jay-Z was a business arrangement, through and through.

Anyway, this vow renewal ceremony was probably a load of crap, just as Beyonce’s marriage to Jay-Z is a load of crap. They can try leaking any number of reports they want, but a Beyonce/Jay-Z divorce is coming ya’ll. Just you wait.

Editor’s Note: it takes a special combo of arrogance and ignorance to pose for a photo in front of a masterpiece like the Mona Lisa.