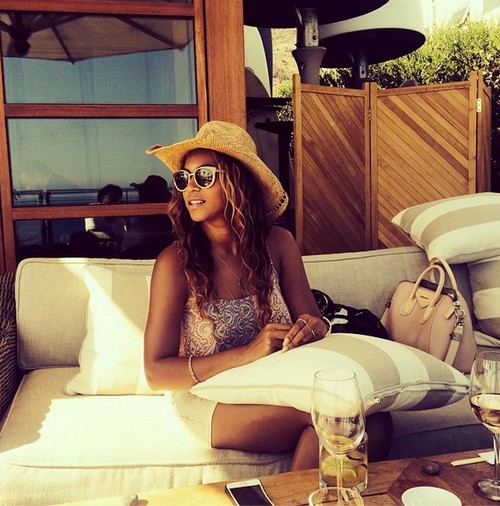 Beyonce and Jay-Z are the perfect example of what happens when a married couple lives in denial of divorce reality for too long (and fakes a pregnancy). Their marriage was over years ago, but by agreeing on an open relationship, having affairs with other people, and basically maintaining their image, they stayed together this long. And the minute that image broke, their fragile marriage couldn’t handle it.

We’ve heard for a long time now that Beyonce’s and Jay-Z’s marriage is nearing its end, and that they were only waiting for the end of their tour to announce it. But we’d also been hearing conflicting reports stating that they were trying to work through it, even though they were having their difficulties. However, the nail in the coffin comes from US Weekly, who claims that Beyonce is done with Jay-Z and sick and tired of pretending that their marriage is fine. Furthermore, US claims that Beyonce has lawyered up!

As we’ve been saying for months, US Weekly’s ‘sources’ finally say that Beyonce is ‘done’ after their remaining On The Run tour concerts wrap up. They already live separately, hired lawyers, and Beyonce’s already found an apartment to move into after the tour wraps up. Clearly, this isn’t a split moment decision, and both of them have thought long and hard about getting this divorce. That’s why it’s silly that people actually bought their clearly faked PR appearances, when it was so obviously done for the benefit of their tour.

The report also references Jay-Z’s ‘wandering eye’, so this report is clearly pro-Beyonce. Does anyone else get the feeling that Jay-Z and Beyonce are embroiled in a tabloid battle, with both of them feeding their sources to different magazines? We got a People report a couple of weeks ago supporting Jay-Z’s side of the story, claiming that he was the one who was initiating the divorce. And now, we’re hearing that Beyonce’s the one to call it quits. For what it’s worth, I think it’s a mutual decision, but that they’re both trying to do damage control. Too little, too late, guys.