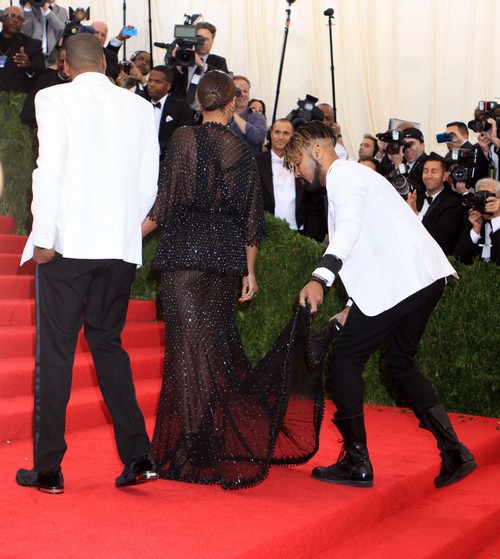 Beyonce and Jay-Z are days away from getting divorced, if the reports are accurate. And we see no reason why they wouldn’t be, considering that outlets like US Weekly, TMZ, and People are reporting on it now. We predicted this would happen months ago, even before the rumors of Jay-Z’s affairs went public.

This whole drama started with Solange‘s elevator attack on Jay-Z, which opened the gates to the intense media speculation surrounding the state of Beyonce’s marriage to Jay-Z. There’s no denying that it played a part in their impending divorce, but what played a bigger part was probably Jay-Z’s affairs. He didn’t even attempt to hide them, and Beyonce was left humiliated and scorned. Even if they did have an open marriage, Jay-Z was clearly much less focused on keeping his affairs a secret. Imagine how they made Beyonce feel?

Anyway, both Jay-Z and Beyonce are staying mum on the subject while in tour, but sources close to the couple say that they are sleeping apart and avoiding each other as much as possible. They don’t want to cancel the tour and risk losing millions of dollars, but Beyonce’s already searching for an apartment to move into in NYC after the tour. Plus, a new report from OK! Magazine suggests that Beyonce’s already met with her legal team to go over the divorce documents, which means that she’ll likely file for divorce in the next few weeks.

Considering how much Beyonce and Jay-Z are worth, not to mention their joint business and property assets, this could end up being a financially messy divorce. But I think the two are going to do everything in their power to avoid additional media scrutiny, and they’ll work through everything using their legal counsel.