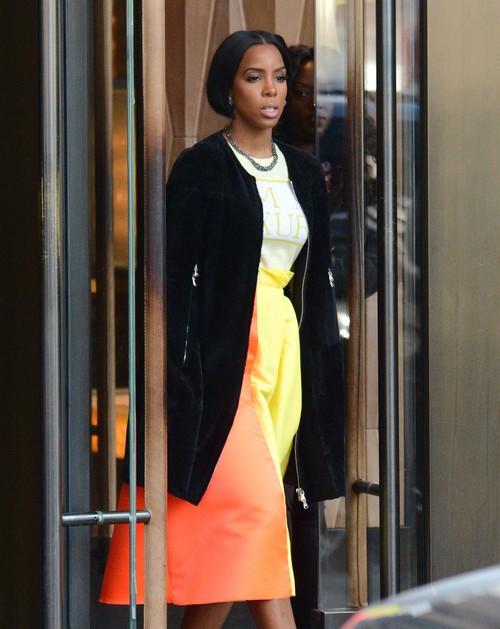 Kelly Rowland really, really, really doesn’t want Beyonce stealing her spotlight anymore. According to recent reports, Kelly’s planning on getting married to her fiance, Tim Witherspoon, this week in Costa Rica. But guess what? Kelly’s Destiny’s Child band mate and former BFF Beyonce is reportedly NOT invited to the wedding.

Can you blame Kelly, though? Beyonce’s been hogging the limelight for the better part of a decade now, even when they used to be a part of Destiny’s Child. It’s clear that Beyonce always fancied herself the star, and while that certainly came true, it’s kind of sad how she managed to capitalize on the media attention while leaving her Destiny’s Child band mates in the dust.

Then again, the music industry is a tough business to gain lasting success, and I guess you can’t really blame Beyonce for digging in her heels once she’d made it. Either way, it looks like all is not well in Kelly and Beyonce land, according to gossip blogger Sandra Rose.

Apparently, Kelly’s been planning this wedding bash for months, but she’s failed to invite Beyonce because of one reason: she feels that if Bey were to attend, she would become the center of attention and end up upstaging her. Thus, Kelly has intentionally kept the guest list very small, hoping that the news doesn’t get out.

Michelle Williams, another of Kelly’s and Beyonce’s best friends, is still set to attend. You know, I’m curious about how Kelly’s planning to keep this secret from Beyonce. What’s she going to say – ‘Oh hey, guess what? I got married last week. And uh, Michelle was there, but I didn’t invite you because I didn’t want you stealing my thunder’?

Plus, Beyonce and Jay-Z kept their marriage ceremony in 2008 pretty small too, but Beyonce did invite Kelly and Michelle.

On the one hand, I totally get where Kelly’s coming from – obviously, no one wants people’s attention diverted from them on their wedding day. On the other hand, Beyonce’s supposedly one of her best friends, despite their differences. Is she really going to leave her BFF out of her wedding because of such petty reasons?