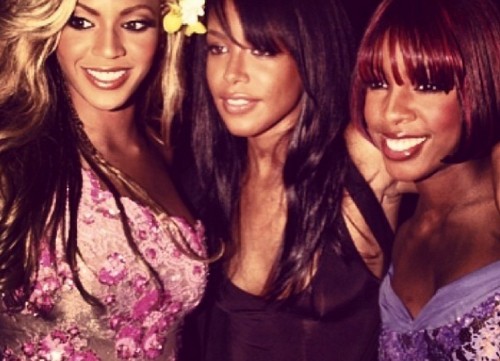 No matter how many times Beyonce and Kelly Rowland both claim that everything’s fine and that there’s no feud between them, we keep getting evidence to the contrary. There were always rumors, harkening back to the days of Destiny’s Child, that Beyonce didn’t really like Kelly all that much. Sure, she may have put everything behind her now, when she’s a billionaire and one of the most famous singers on the planet whereas Kelly’s often referred to as a has-been. But even then, Beyonce’s not really one to put grudges behind her, as evidenced by this latest update.

In honor of Aaliyah‘s 35th birthday, Beyonce uploaded a picture of herself, Aaliyah, and Kelly to Instagram – except Kelly was cut out of the picture completely. The original picture had all three of them posing together, but the one Beyonce uploaded was black and white and only featured her with Aaliyah.

So much for letting bygones be bygones eh, Bey? You know what makes it worse? Kelly was the one who posted the picture on Instagram, in honor of Aaliyah’s death. Then, Beyonce not only had the audacity to steal the picture, but then edit it, cut Kelly out of it, and then re-post it without a mention.

We get it – Beyonce’s ego knows no bounds, and she’s often given a free pass in situations like this because she’s Beyonce. But seriously, this is kind of a long-lasting feud, no? What does Beyonce have to be so bitter about? The fact that she wasn’t the face of Destiny’s Child? Doesn’t becoming richer than everyone else and more famous than everyone else serve as reward enough?

What do you guys think? Do you think Beyonce should just put this behind her and move on, or do you think she should continue this passive-aggressive behavior with Kelly? Let us know your thoughts in the comments.

Beyonce took the scissors to the pic above and decided that Kelly wasn’t there – have you ever seen such a famwhore? 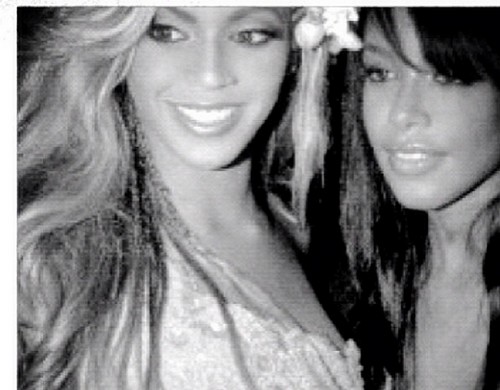