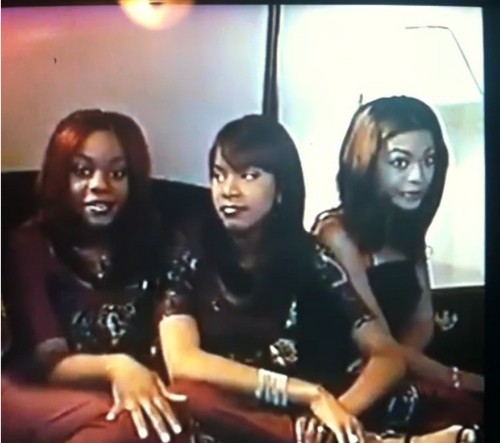 Oh my god. Vintage Beyonce! Well, vintage Destiny’s Child, but let’s face it, this clip is all about Beyonce even when it’s not about Beyonce. Someone uploaded an old [and we mean old] video clip from the height of Destiny Child’s popularity, where Kelly Rowland is seen telling the interviewer, “I’m the second lead vocalist of the group.” But right after Kelly utters those words, we see Beyonce make an absolutely hilarious face, complete with side-eye and a disbelieving cough. Queen B clearly doesn’t agree with Kelly’s statements there, does she?

It’s good to know that Beyonce had sass even when she wasn’t the household name that she is today, and even back then, it was obvious that she was going to become the biggest star of the group. A fact that she also clearly agreed with, if her little side-eye expression said anything.

Even if Beyonce was blatantly dissing Kelly Rowland in interviews back then, they’ve clearly buried the hatchet because they’ve worked together numerous times since then. Beyonce has nary a bad way to say about Kelly now, and vice-versa. However, it’s obvious why – even if Beyonce dissed her way back in the day, there’s no way Kelly’s going to say anything about it now. Beyonce pretty much rules the music world alongside Jay-Z, and nobody’s going to diss her publicly and get away with it now. So sure, the rumors of a feud between Kelly and Beyonce might have some merit, but neither of them is going to say so.

What do you guys think about this video? Do you think Beyonce meant it as a joke, or was she seriously commenting on Kelly’s talent [or lack thereof]? Let us know your thoughts in the comments below.