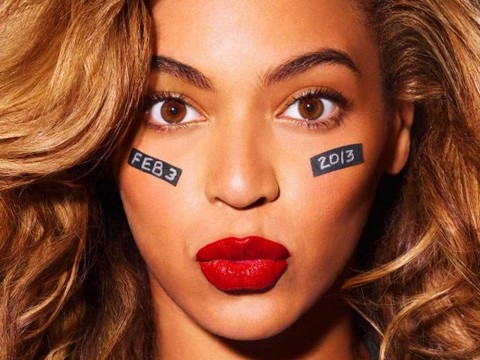 Beyonce‘s Super Bowl tracklist has leaked on the internet and it looks freakin’ good! Now, although we’re still pissed at her for lip-syncing at the presidential inauguration earlier this week, she had totally won us over when we saw what she has in store for her fans; there’s booty shaking, there’s guest-appearances, and there’s no miming! You can’t be mad at her anymore her for that nice special treat, right?

Oh, we haven’t told y’all yet! Ha! Us Weekly revealed the 31-year old’s performance, in which she will be joined by her girl band Destiny’s Child – and possibly her hubby Jay-Z – could be one of the most-watched halftime performances ever. According to the mag, her set list begins like this:

According to reports, Beyonce can’t wait to perform on February 4th in front of an estimated 130 million people. She is said to be fuming over people asking her whether she really mimed or not — she’s telling friends and family she definitely did not mime, but will let the public continue speculating because she wants to create a buzz for her halftime show.

A close source to the family said: “She did sing. There was a [pre-recorded] track, but Bey sang 100%. [Using a pre-recorded track at live events] is very very common. The track was only there as a backup. She can’t wait to get on the Super Bowl stage and show everyone.”

Will you be watching Beyonce’s Super Bowl halftime performance?! AND… could she make up for the allleged lip-sync from Monday? Let us know!