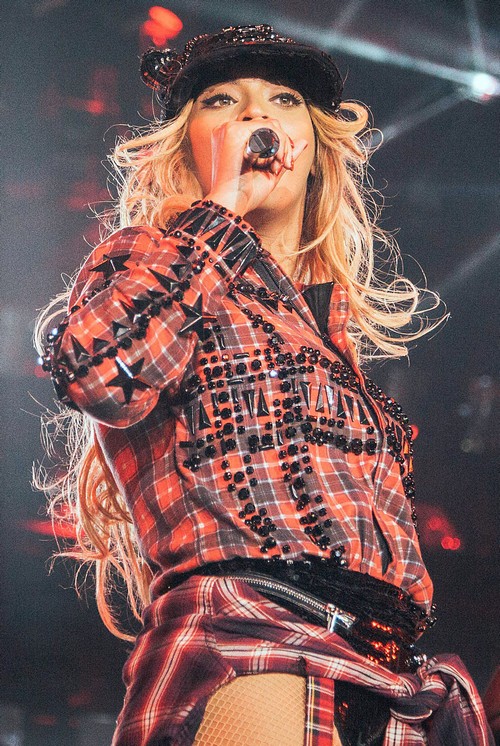 Beyonce and Jay-Z want a second kid. Duh! Not only have they reiterated that desire many times in the past, there are ‘sources’ close to Beyonce that are now revealing how desperately she and Jay-Z are trying for another child.

Of course, these sources will soon be smoked out by Beyonce and then fired from their jobs, unless they ‘leaked’ this information on her orders.

Anyway, now that Blue Ivy is two years old, Beyonce apparently thinks its time to give her a new baby brother or sister. A source tells OK! Magazine that the couple has been trying to get pregnant since February. Even though the couple’s planning on going on tour together during the summer [or so we hear], I don’t think a pregnancy would interfere with those plans. This is Beyonce and Jay-Z that we’re talking about, after all. If Beyonce gets pregnant, she’ll just increase the number of people in her entourage to take care of her every whim and desire.

But wait, the rumors don’t just end there. If they started trying in February, that means that Beyonce could technically already be pregnant! OK!’s source agree and also adds, “Her friends are convinced she’s already pregnant. The same things that happened during her pregnancy with Blue Ivy are happening again.” Apparently, these ‘things’ include changing her diet, keeping her hair natural, and ‘blushing and giggling‘ due to hormones.

Hmm, seems like a pretty inaccurate way to determine a pregnancy, if you ask me. But hey, if Beyonce is pregnant, we’ll just have to play another round of spot the baby bump during her next tour.