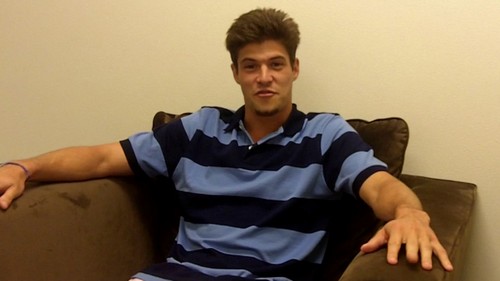 Big Brother 16 is officially under way, and if you have been following the live feeds BB16 spoilers, then you are well aware of how crazy the season already is. If you haven’t been following the Big Brother spoilers online, then here is a quick recap of this week thus far. After Joey Van Pelt was eliminated, they held the next HOH competition, Amber and Devin were crowned the winners. Amber nominated Hayden and Nicole, and Devin nominated Paola and Brittany. The Battle of the Block competition was held, and Hayden and Nicole were victorious, so they were removed from the block and Amber was dethroned.

While the house waited impatiently for the Power of Veto competition, the Bomb Squad began to implode. Being a Have Not and not eating for a few days began to wear on Zach and he began acting crazy, Devin strong-armed one too many people in to doing what he wanted and they began to revolt, and Caleb professed his love for Amber, but she dissed him. The Power of Veto competition finally came around, and everyone’s worst nightmare came true, Devin won the POV. In an unexpected twisted he vetoed his own nominee Brittany, and put his ex-alliance member Zach up on the block for eviction.

On Thursday, July 10th the live eviction will be held, and either Paola or Zach will be sent home. Right now it is literally anyone’s guess whether Paola or Zach will be evicted. Zach upset a lot of people when he flipped out on Devin and exposed the Bomb Squad Alliance and made fun of Devin for taking medication. However, Paola is basically useless in the house, and multiple players have pointed that out. Cody, Hayden, and Derrick have Zach’s back and are determined to keep in the house. He thinks he has Frankie’s vote as well, but little does everyone know, Frankie is cutting deals with everyone in the house. And, he was just discussing voting Zach out and keeping Paola with Amber, Jocasta and Brittany because he doesn’t want the girls to be outnumbered (and he is apparently ‘one of the girls.’)

Bottom line is, neither Zach nor Paola are safe right now. Who do you think will be evicted this week on Big Brother 16? Share your thoughts and theories in the comment section below and don’t forget to check CDL for all of your Big Brother 16 spoilers and recaps.