The Bold and the Beautiful Spoilers: Hope and Wyatt Head To Paris – Ivy and Aly Convince Worried Liam To Follow Them! 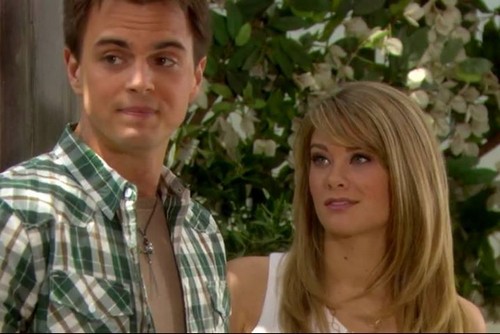 The Bold and the Beautiful spoilers teased weeks ago that Hope would finally make a decision about her love life and choose Liam. B&B fans assumed that meant the Liam-Hope-Wyatt love triangle was finally coming to a close. But it looks like that isn’t the case at all. Bold and the Beautiful spoilers tease that, after Hope accepts the HFTF Diamond, she and Wyatt head off on a press tour to promote Hope’s line in Europe.

According to Bold and the Beautiful spoilers, Liam is devastated when his girlfriend jets off to Paris with Wyatt, even if it is for work. Obviously the last thing he wants is Wyatt and Hope spending time alone, miles from home, in unquestionably one of the most romantic cities in the world. Hope even invites Liam to tag along to Europe, but he refuses.

Bold and the Beautiful spoilers tease that after Hope and Wyatt leave for Paris, Aly and Ivy give Liam a pep-talk and convince him to make a grand romantic gesture and fly to Paris and surprise Hope. Liam decides to take his romantic gesture to the next level, and decides to surprise Hope with a wedding. There is such a huge margin for error, who knows what could happen when Liam arrives in Paris. When he lands in France he could learn that he is too late and Hope may have already gotten close to Wyatt again. There is always the chance that Liam surprises Hope with the wedding and she refuses to make a trip down the aisle and make their relationship official.