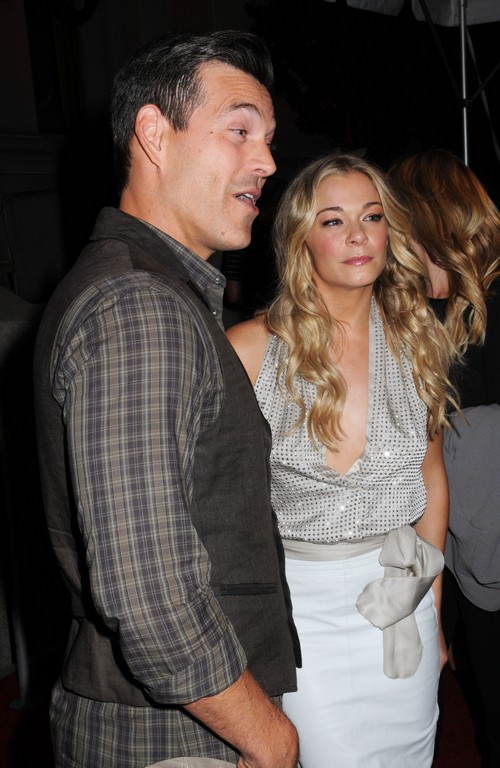 It seems like just yesterday that Brandi Glanville and Eddie Cibrian had their legal teams fighting over alimony overpayments and child support. Perhaps that is because it was only about one month ago that we heard about their battle over money; one of many they’ve had since splitting for good in 2010.

Now, not surprisingly, Brandi is planning to sic her legal hounds on Eddie for breaking a clause within their divorce settlement which prohibits the exes from publicly speaking poorly about one another, reports Life and Style Magazine. Brandi feels that while both LeAnn Rimes and Eddie trash-talked her in their new reality show, LeAnn & Eddie (*insert laughter here*), Eddie is the one who signed a contract stating the parents could not publicly trash-talk one another, so he will be held liable for breaking that agreement. The reality show, set to premiere July 17th, has already been panned by some after clips of LeAnn and Eddie bad-mouthing Brandi went viral. Eddie wants to be sure Brandi does not bad-mouth him, but when LeAnn gets started, he jumps right in so to not disappoint his money tree.

Eddie may not be too worried, either. Should Brandi be awarded any damages for the breach of contract, Eddie’s sugar mama can reach in her dwindling bank accounts to pay yet another bill to keep Eddie from leaving her. LeAnn doesn’t care about the ramifications and is using the show as her platform to speak her mind about Brandi. Once again, LeAnn and Eddie are unfazed about the potential harm this can do to the two children Eddie and Brandi share. Tit-for-tat and a lack of class all around!

Tell us what you think HH fans! Have Eddie and LeAnn gone too far again?