The Bachelorette 2014 Season 10 Spoilers: When Is Brian Osborne Eliminated by Andi Dorfman? 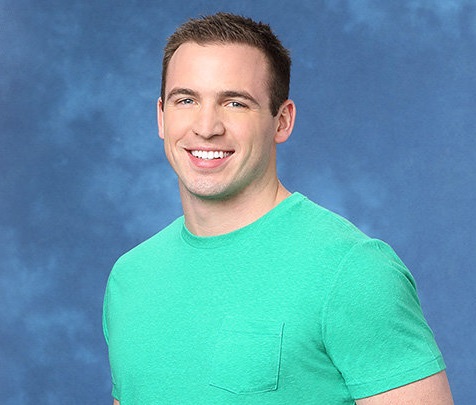 Season 10 of ABC’s Bachelorette is set to premiere on Monday May 19th, and ABC has already released the bios and photos of the twenty-five men who will be competing for Andi Dorfman’s heart this Spring. According to The Bachelorette spoilers, Andi will send six men home during the season premiere, and narrow her hunt for a happy ending down to nineteen potential bachelors. Of those nineteen guys that make the cut during the season premiere is 26 year old Brian Osborne, a basketball coach from Harrisburg, Pennsylvania.

According to The Bachelorette spoilers, Brian Osborne will be a frontrunner on the reality series this Spring, and he will make it all the way to Episode 7 before Andi Dorfman eliminates him in Belgium. During Episode 5 Brian will have ample opportunity to win Andi over though; he heads out on a 1-on-1 date with her in Marseille, France.

According to the Bachelorette spoilers, Andi and Brian watch Disney’s “The Hundred Foot Journey” in a private theater and then head out on the town for drinks together. Apparently, Brian didn’t put the alone time he had with Andi to good use because she will eliminate him two weeks later.

So, Bachelor Nation, what do you think of Brian Osborne? Do you think that Andi made a mistake by sending Brian home during Episode 7? Or, are you shocked that Brian made it all the way to The Bachelorette Final 6? Let us know what you think in the comments below!