The Bachelorette 2014 Season 10 Spoilers: When Is JJ O’Brien Eliminated by Andi Dorfman? 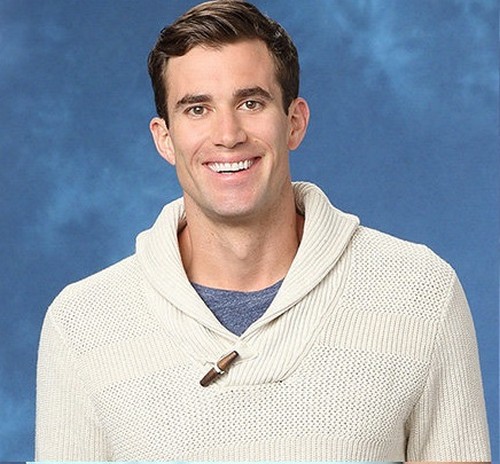 ABC’s popular reality series The Bachelorette is set to return for Season 10 on Monday May 19th. Andi Dorfman didn’t find love on The Bachelor last Winter, so she is giving it another shot this Spring. A total of twenty-five bachelors will arrive at Bachelor Mansion on May 19th, and by the end of the night Andi will send six guys home. One of those luck guys who makes it through the first night of cuts is JJ O’Brien, a 30 year old “Pantsapreneur” hailing from Hanover, Massachusetts.

The Season 10 Bachelorette spoilers for the premiere on May 19th tease that JJ kicks his stint on the reality series off right with a clever limo entrance. Being a clothing designer and “Pantsapreneur,” JJ presents Andi with a pair of bizarre hand-sewn pants he created just for her. The personal pants seem to impress Andi enough to secure him a position in the house and he survives the first Rose Ceremony.

During Episode 2 of The Bachelorette JJ O’Brien will one of three men who don’t receive a 1-on-1 date or a group date, and must hang back at the mansion while the rest of the bachelors try to win over the affection of Andi Dorfman. However, during Episode 3 JJ goes on a coveted 1-on-1 date with Andi, and according to Bachelorette spoilers the dup get their make-up done by professional make-up artists so that they look like an old man and old woman, and they run around Hollywood playing practical jokes on unsuspecting citizens. During Episode 4 JJ will travel to Connecticut with the rest of the guys and their group date will consist of a basketball game. During Episode 5 the guys and Andi head to France and their group date consists of walking the streets of France, after a romantic Ferris wheel JJ receives the group date rose.

Something must have gone horribly wrong during Episode 5 and Episode 6 for JJ O’Brien, because despite receiving a group date rose in France, Andi eliminates him in Italy. Do you think Andi made the right decision letting JJ O’Brien go? Or, are you surprised he made it all the way to Episode 6? Let us know what you think in the comments below!  If you want to know the winner and who is engaged to Andi then click here.