Britney Spears Fans Hate Her Vegas Show: On The Verge Of Another Breakdown? 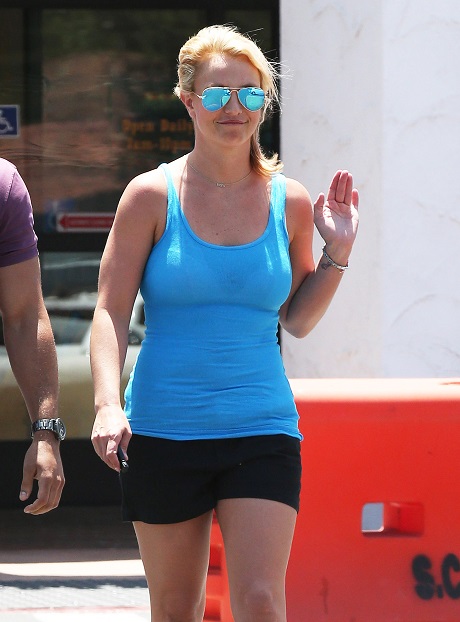 Britney Spears‘ entire team always walks on eggshells around her, for fear of setting off another breakdown. Thus, it makes sense that Britney remains entirely clueless about how poorly her Vegas performances have been received, especially recently.

Fans have been taking to the web to complain about paying so much money for such lackluster performances. One fan wrote, “The show was shockingly fake and Britney looked bored as hell, to put it bluntly.” Another fan wrote that it was extremely obvious that Britney was lip-syncing, which she’s been accused of in the past. Basically, Britney’s putting about 2% of her energy into these performances, and the fans know they’re getting ripped off.

In fact, it’s getting so bad that Planet Hollywood executives reportedly put in a contingency plan to counteract all the lip-synching controversies. A source tells the National Enquirer, “There have been so many complaints over Britney’s lip-syncing, action had to be taken. Now, her microphone is switched on throughout certain songs.”

But even that won’t solve Britney’s disinterest in her performances. She’s reportedly late to every performance and has to be rushed through her preparation for the show. She shows no imagination or spark during her performances, and she’s basically become a shell of her former self. But how on earth is she ever going to change and learn from her mistakes if her team continues shielding her from every bad review or criticism that’s thrown her way?

According to the reports, Britney’s been hidden from everything bad people are saying about her, including negative reviews of her performances and snark about her lip-syncing. The Enquirer adds, “No one wants to upset Britney. She lives in a bubble and doesn’t even have access to the Internet. If she were to read anything negative, it could send her into a tailspin!”

Yeah, wouldn’t want her to shave her head again. Instead of keeping her at home with her family – where she clearly wants to be – her team continues to take advantage of her profile and make money off her. Maybe this is her way of rebelling against them, and telling them that she just wants some peace and quiet? The poor girl deserves it.