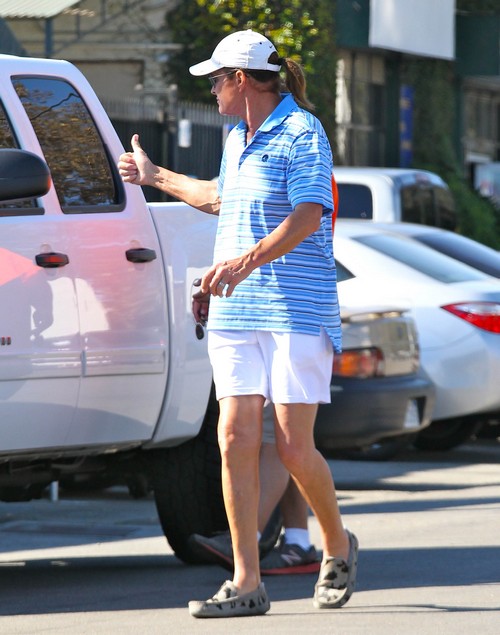 Bruce Jenner has caught a ton of backlash about his recent transformation in to a woman. Although Kim Kardashian and Khloe Kardashian supposedly gave Bruce their blessing and even offered to share their clothes with him – rumor has it that the reality TV sisters are not happy about the scandal Bruce has brought on their family and merely met with him so that they didn’t appear cold-hearted and hateful towards the transgender community.

Regardless of all of the hateful things the media and Bruce Jenner’s family is saying about him and his journey into a woman – one person is standing by him and supporting him 100%. According to the latest edition of Star Magazine, Bruce Jenner’s first wife Chrystie has finally spoken out about the rumors surround her ex-husband becoming a woman. Chrystie told the magazine, “I support him in whatever he chooses to do. We see him off and on at family events and he is a very proud and present grandfather. I just want him to be happy.”

Chrystie’s loyalty to Bruce is sweet, but it also confirms what we have all suspected for months now – that Bruce is becoming a woman. Notice, she didn’t shut down the rumors or laugh them off, instead she stood by ham and gushed about how great he is. Although we were positive Bruce was becoming a woman, his ex-wife Chrystie’s tell-tale comments only solidify our theories. Do you think Chrystie basically confirmed that Bruce Jenner is becoming a woman? If the rumors weren’t true, why wouldn’t she just deny them? Let us know what you think in the comments below!